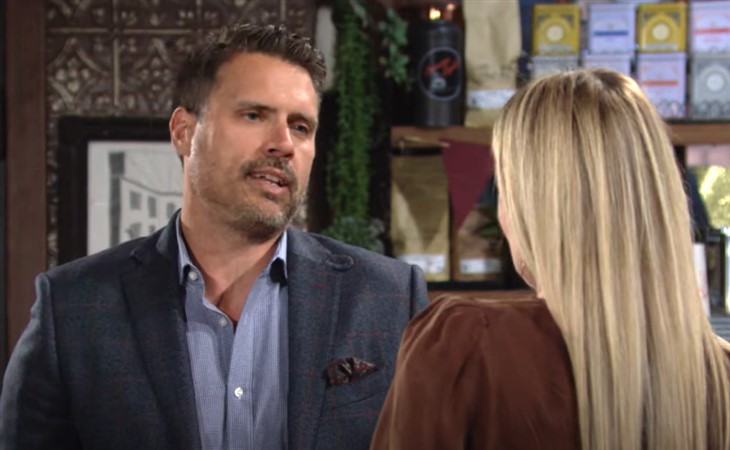 The Young and the Restless spoilers document Nick Newman (Joshua Morrow) was with Sharon Rosales (Sharon Case) at Crimson Lights. Those characters were often seen together, with Sharon’s original last name being Collins, from the 1990s into the 2000s.

Sharon and Nick were one of Y&R’s major It couples. The high school students fell in love, married, and played out one of this soap opera’s all-time love stories.

Now, after being divorced for more than a decade and a half, viewers are wondering if this pairing is reviving?

The Young And The Restless Spoilers – Crimson Lights Setting Works

Crimson Lights is a favored setting. It is one of the only truly original settings that dates back to the referenced 1990s.

Sharon and Nick shared a day in the recent past when Morrow’s character helped to close the coffee shop. That specific episode felt like a message. Was this previously married couple, who became friends, simply enjoying a nostalgic moment?

The coffee shop is a main hub in Genoa City, Wisconsin, and is believed to be centrally located. So, it was natural that Nick’s birthday celebration was held there as well.

Nick said during his celebration, which was also a partial roast, that he is single and plans to stay that way. The gathered throng of family members and friends refuted his declarative statement.

Sharon is definitely not single. She and Rey Rosales (Jordi Vilasuso) recently celebrated their wedding anniversary. They have not been married long, with their union being tumultuous, mostly due to Adam Newman (Mark Grossman).

Nick’s break from Phyllis Summers (Michelle Stafford) appears to be final. He has no current interests. So, whatever latent feelings he may have for Sharon are not relevant as long as she is committed to Rey. And that is the rub.

The Young And The Restless Spoilers – Stage Set For Reunion Or Not?

Teased reunions led to two storylines where Sharon and Nick almost reunited. Their failed attempts were hard for fans of this couple to take, with the second flop seemingly particularly final.

Viewers are keeping their eyes on Chelsea Lawson (Melissa Claire Egan). Seeing her and Nick in various scenes would imply that a revival of that couple is coming. If not and if no other woman catches Nick’s eye, or if he does not become the object of another lady’s interest, then Sharon is an option.

A re-pairing of this one-time famous couple would have to include Sharon’s relationship with Rey breaking. No momentum exists right now, but daytime can change within one episode or even a single scene.