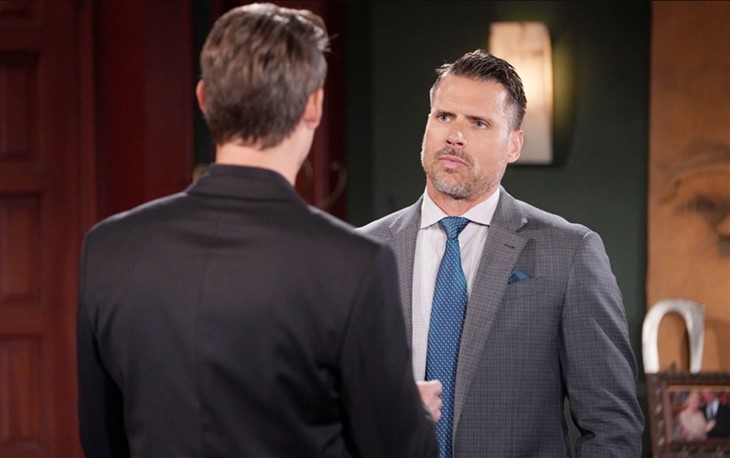 If anything can put Adam Newman (Mark Grossman) into a drunken stupor, it’s seeing Sally Spectra (Courtney Hope) on the arm of Nick Newman (Joshua Morrow) at The Glam Club, making their public debut as an official couple. Adam can barely stand it and that leads him to drink.

The drinking leads him to beg for some time alone with Sally and propose marriage to her, but when Nick gets a load of what his brother does, it’s war between them. Nick isn’t about to let his brother steal his new woman and hurt her again and Adam isn’t about to let Nick just use another woman as a consolation prize while he is trying to figure out who he should really be with (cough…Sharon…cough). This is bound to not end well at all.

Although she is sympathetic towards a woman who just had a breakdown and tried to kill herself, Lily is not sure why she has to keep hearing about it and why Billy can’t spend a little time focusing on her instead. Might Lily be growing weary of this relationship that never seemed to be right, to begin with? If Daniel remains in town, Lily may have to decide the grass is greener somewhere else and she might just be right.

Ashley Abbott (Eileen Davidson) has spent weeks trying to get any information she could out of Tucker McCall (Trevor St. John) about Diane Jenkins (Susan Walters) and it looks as if she finally has the upper hand in that situation. Is Tucker ready to spill all or does she confront Diane with what she knows? If so, that could be quite a fascinating Abbott Thanksgiving. Stay tuned to The Young and the Restless weekdays to see how these stories play out.