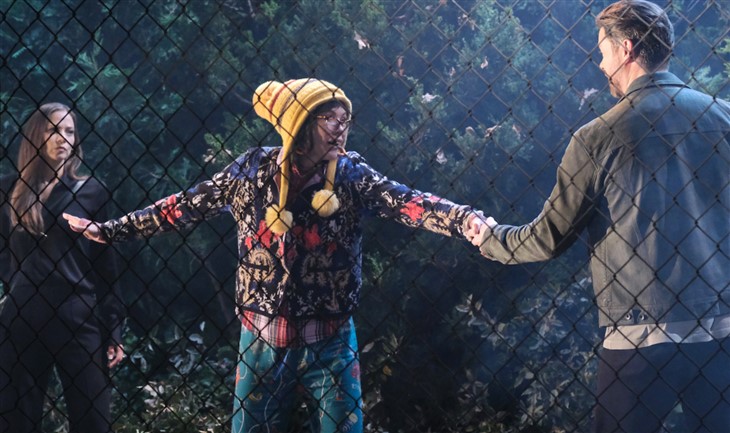 Days of Our Lives (DOOL) spoilers for Tuesday, November 22, 2022, reveal a battle to the finish between Ava and EJ that will not end well at all.

Days Of Our Lives Spoilers: – EJ Dimera’s Mistake Will Cost Him

EJ DiMera (Daniel Feuerriegel) just couldn’t stand the idea of Ava Vitali (Tamara Braun) getting any piece of DiMera Enterprises and the fact that she had pulled one over on him for a while, so he banished her from everyone and everything DiMera and she made him pay the price.

First, Ava kidnapped EJ’s mother, Susan Banks (Stacy Haiduk), and in return, EJ kidnapped Ava’s son, Tripp Johnson (Lucas Adams). Now that Tripp is ok, EJ thinks that Susan will be set free, but the ghost of sociopath Charlie Dale (Mike Manning) suggests to his mother that she just kill Susan. Ava thinks about it but then decides to just tell EJ that Susan is dead. Too bad Susan shows up and Ava grabs her into her car and takes off.

That little idea leads Ava to drive right off a cliff, with the car exploding at the bottom. This leaves EJ with a possibly dead mother and he is absolutely beside himself as he finally realizes the consequences of his actions.

As for Xander Cook (Paul Telfer), he is feeling more and more guilt for being a part of this mess and considers telling all to Sarah Horton Cook (Linsey Godfrey), but we doubt that he will.

When Li Shin (Remington Hoffman)learns that Johnny DiMera (Carson Boatman) and Wendy Shin (Victoria Grace) are in Jakarta in search of Dr. Wilhelm Rolf (Richard Wharton), he orders Rolf to take care of his sister and her friend, but not to hurt them. He can never have either one learn what he really did to Stefan O. DiMera (Brandon Barash).

Li just wants to plan a nice wedding with Gabi and have her all to himself. Imagine his surprise when Gabi shocks even herself and invites Stefan and Chloe Lane (Nadia Bjorlin) to her wedding. She is trying to be nice about everything, but deep down we all know that Gabi has her own manipulative plans.