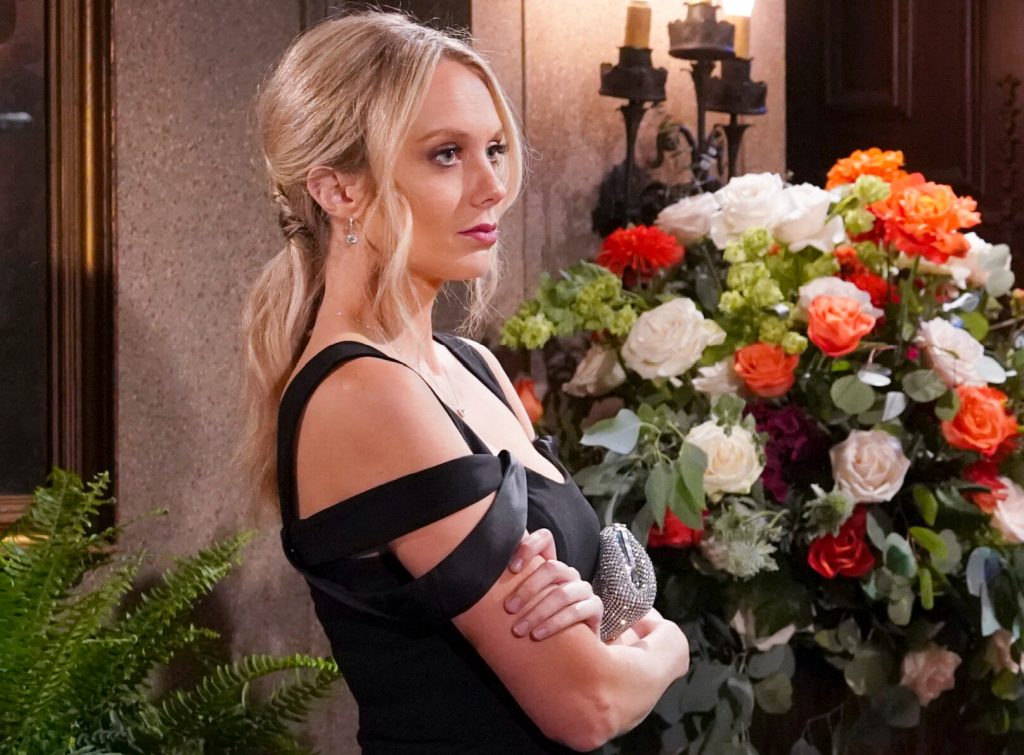 Y&R Spoilers suggest that Abby Newman-Abbott-Newman-Chancellor (Melissa Ordway) will be almost as outraged as Adam Newman (Mark Grossman) after learning she’s been completely kept out of the loop of recent Newman business.

Adam had another installation of CEO at Newman Enterprises rescinded faster than the installation itself.
Nick Newman (Joshua Morrow) has been offered an impromptu return to Newman yet again.

If Your Last Name is Newman & Nikki Newman Isn’t Your Mom, Never Mind Having a Chance

The Young & the Restless has continued to beat the dead horse that Victor Newman (Eric Braeden) & Nikki Newman’s (Melody Thomas Scott) biological children are far more important & entitled than any others.

Adam Newman was just kicked out of the CEO seat at Newman Enterprises faster than the time it took to take down Victoria Newman’s (Amelia Heinle) portrait inside Newman’s CEO office.

Abby Newman-Abbott-Chancellor has absolutely no idea what is going on with her family & it’s not the first time.

On the other hand, Victor & Nikki’s only biological son has been offered a COO position at Newman Enterprises.

Abby Newman-Abbott-Chancellor hasn’t just been out of the Newman loop here & there throughout the years but received almost zero support when her surrogate mother was kidnapped & held captive.

Sure, each of the Newman children regardless of their biological parents have skeletons in their closets, but so do all of the parents, except maybe Hope Wilson (Signy Coleman), Adam’s biological mother.

Nikki Newman may not be Adam & Abby’s biological mother, but both of them still are Newman’s & have their own resources to get things done. Adam & Abby’s minds are also wired as Newman’s. It’s time they team up.

Another Hypocritic Return to Newman Enterprises by Nick Newman

At this point, Nick may as well shack back up with his on-again-off-again wife Sharon Rosales (Sharon Case).

Young & the Restless Spoilers: Abby to Use Nick to Get Inside Info at Newman

Abby has been so out of the loop that when she hits up Newman Enterprises’ newest executive her brother Nick Newman for info, it won’t be a problem.

Nick has been busy being a good & decent person at New Hope. He’s been out of the Newman Enterprises grind for too long to totally be on his toes.

Abby will be able to manipulate Nick into feeling guilty for not keeping her in the loop. She can also play on the fact that Victoria has not offered her an executive position at Newman. Abby “getting up to speed” on Newman business will seem innocent & routine after yet again being kept out of the loop.

Is Abby Newman-Abbott-Chancellor’s innocent but on-point manipulation of her and Adam’s brother Nick exactly what Adam needs to achieve revenge on their family? Should Adam stick with teaming up with Ashland or use them both as resources to take down Victor and Victoria?

Royal Family News: Prince George Was At Wimbledon For This ‘Strategic’ Reason