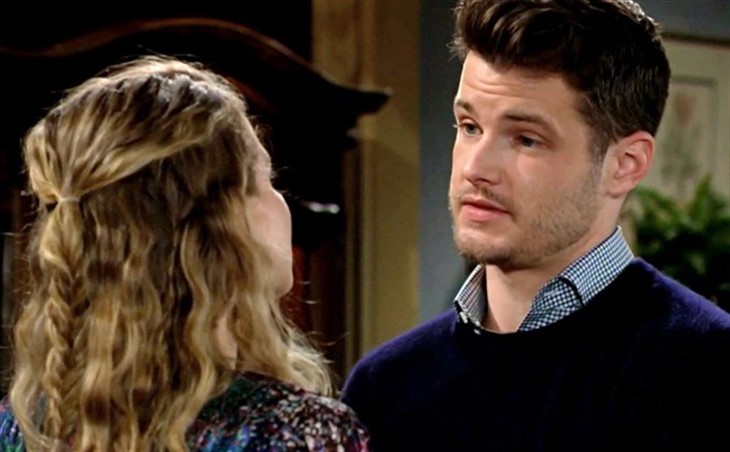 The Young and the Restless (Y&R) spoilers for the next two weeks are in. From September 19 to 30, Kyle Abbott (Michael Mealor) and Summer Newman-Abbott ( Allison Lanier) make a shocking discovery. Nate Hastings (Sean Dominic) is willing to betray his own family for power. Plus, Adam Newman (Mark Grossman) interrogates Sally Spectra (Courtney Hope).

The Young And The Restless Spoilers – Romance And Discoveries

Y&R spoilers for the week of September 19 reveal that Kyle will surprise Summer by proposing marriage. Of course, the two are already married but Kyle wants to have a second ceremony. This time, all of Kyle and Summer’s loved ones will be in attendance, including Phyllis Summers (Michelle Stafford) and Diane Jenkins (Susan Walters).

Jack Abbott (Peter Bergman) will learn about the Marchetti sabotage. Uncertain if Phyllis or Diane is to blame, Jack lays down the law. Jack will issue an ultimatum to Diane. However, both Diane and Phyllis will get a stern warning from “Skyle.” They either behave at work or they will both be given pink slips.

After busting Nick Newman (Joshua Morrow) in Sally’s hotel room, Adam will interrogate her. Sally might not want to tell Adam that she slept with Nick. Sally is more concerned about the Newman family finding out, which could cost her the CEO job. However, Adam will figure it out even if Sally won’t admit to it.

In Los Angeles, Nikki Newman (Melody Thomas Scott) will confront Deacon Sharpe (Sean Kanan). Nikki will force Deacon to help her get revenge on Diane. Plus, Victoria Newman (Amelia Heinle) will consider Nate betraying his own family for power. Victoria might work with Nate, but knows that if he turns on family, he could turn on her as well.

The Young And The Restless Spoilers – What Else to Expect

The Young and the Restless spoilers reveal that Victor Newman (Eric Braeden) will get under Diane’s skin. Summer and Kyle will make a shocking discovery. Plus, Chelsea Lawson (Melissa Claire Egan) will back Victoria into a corner. By the end of the week of September 19, Nate will meet a mysterious stranger, who is probably Audra Charles (Zuleyka Silver).

During the week of September 26, Victoria will make a difficult decision. Chelsea and Adam will get into a disagreement. Audra will make waves as she gets to know everyone in Genoa City. Plus, Phyllis realizes that if she wants something done right, then she needs to handle it herself.

Which storyline are you looking forward to seeing in the next two weeks? Share your thoughts and remember to keep watching the CBS soap to find out what happens next.

GH Spoilers: Portia’s Difficult Question For Curtis, She Needs To Know The Truth