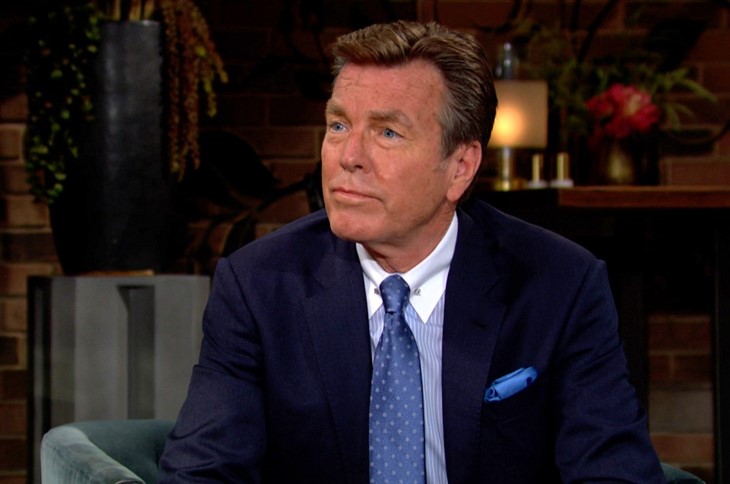 The Young and the Restless (Y&R) spoilers for Thursday, May 19, 2022, reveal a big surprise for Jack Abbott. What more can happen after he caught the bouquet at the Teriah wedding?

Perhaps catching that bouquet that got passed around from married person to married person first was just the luck that Jack Abbott (Peter Bergman) needed in order to get his love life back on track. After a series of failed romances with younger women like Sally Spectra (Courtney Hppe), Jack decided he still loved Phyllis Summers (Michelle Stafford), but she firmly put him in the friend zone and that was that.

However, they have also been inseparable since then and on Thursday, Phyllis has quite the surprise for Jack and it looks like it will be a passionate kiss. Has Phyllis changed her mind about just being friends? After all, she and Jack never really got a chance after she came out of her coma looking like Gina Tognoni and ended up in the Marco doppelganger mess.

Might Jack and Phyllis really get together again? When Phyllis flirst told Jack they needed to remain just friends, she was just coming off another failed try at a relationship with Nick Newman (Joshua Morrow). Now, she has had a chance to recover from that and just may decide Jack is who she wants.

Allie Nguyen (Kelsey Wang) is new to Genoa City, but already starting to fit in at the Abbott house and is making a new friend of Summer Newman Abbott (Alison Lanier). Then there’s Summer’s half-brother, Noah Newman (Rory Gibson). He is back in town and spent the last few months pining for Tessa Porter (Cait Fairbanks), who is now married to his other sister, Mariah Copeland (Camryn Grimes). So, he has to move on.

It looks like he takes quite a shine to Allie and these two will get along splendidly. Does this finally give Noah and true love interest and storyline so that Mariah and Tessa can start their new lives together in peace? Will there even be good chemistry between Noah and Allie? Stay tuned to The Young and the Restless weekdays to see how these stories play out.