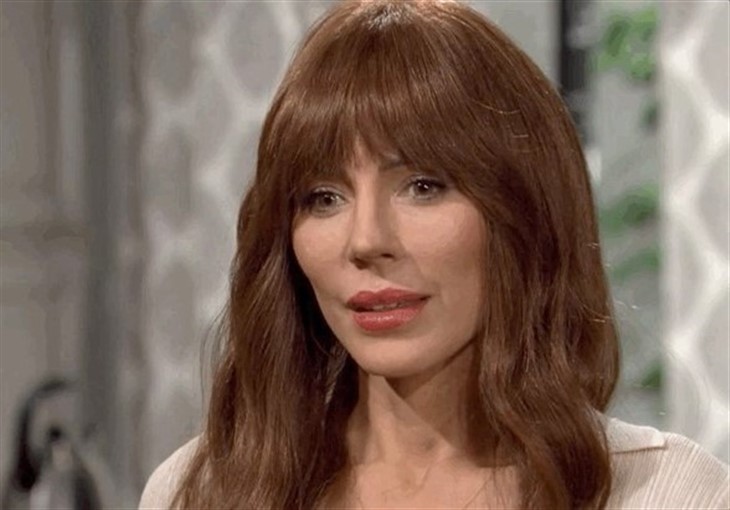 The Bold and the Beautiful spoilers for Thursday, May 19, 2022, reveal Ridge making a big move and Taylor having a lot to say on the matter. Will what Taylor tell Ridge make a difference?

Ridge Forrester (Thorsten Kaye) was quick to admit that both Brooke Logan Forrester (Katherine Kelly Lang) and Taylor Hayes (Krista Allen) are wonderful women, but he knows he has to decide between them. However, he does love Brooke and knows now what prompted her to kiss Deacon Sharpe (Sean Kanan) on New Year’s Eve. That doesn’t mean he is not aware of how much he and Brooke always hurt one another when they are together, so he decides to distance himself from both women and move into Eric Forrester’s (John McCook)house.

When Taylor learns of Ridge’s plans, she finally decides to speak up about her feelings and how much she wants Ridge back. But, she wants him to come to her on his own rather than him just be with her because he is on the outs with Brooke. Will what she say help change Ridge’s mind about staying neutral for a while?

Ridge doesn’t even have any idea what is going on with Eric and neither does his wife, Quinn Fuller Forrester (Rena Sofer). Eric is having quite the good time in the bedroom, but it’s with Brooke’s sister, Donna Logan (Jennifer Gareis). Eric might be telling Quinn he is playing an awful lot of pickleball, but Quinn is bound find out the truth via that ring she gave him that is really a heartrate monitor.

In the meantime, the two put on the perfectly-happily-married act when Ridge is around. Then again, Quinn does believe she is happily married. She and Eric put up a united front when they sympathize with Ridge about everything that happened with Sheila Carter (Kimberlin Brown) and Steffy Forrester (Jacqueline MacInnes Wood), but with Ridge living there, Eric’s secret might be harder to hide. If Ridge learns what Eric is doing, will he cover for his dad? (Probably.) Stay tuned to The Bold and the Beautiful weekdays to see how these stories play out.