Does Christopher Sean Plan To Return To Days Of Our Lives? 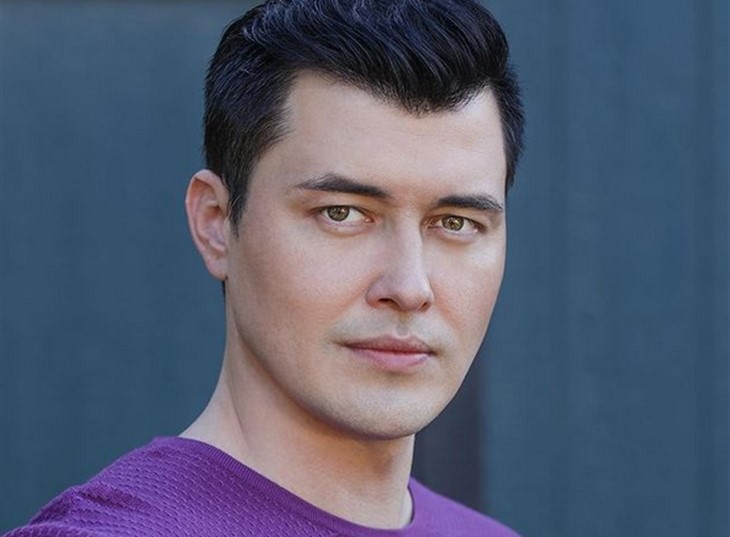 Days of Our Lives: Beyond Salem gave us the return of Christopher Sean as John Black’s son Paul Narita, but he was exactly that, beyond Salem and not in Salem proper. What are the chances he returns to the regular NBC show?

Sean recently took to Instagram to share some behind-the-scenes photos from Beyond Salem and express how much fun he had while making the Peacock spin-off mini-series.

“Great memories with my DOOL family. Love to walk back through those doors and know great stories are ready to unfold. It was an honor to share the stage with you and to once again bring Paul Narita back to life. Thank you for everything! Until next time! Love all the SOAP fans !!” Sean wrote, with many current DAYS stars responding, including Paul Telfer (Xander Cook).

Kristian Alfonso (Hope Brady), who appeared in Sean’s photos and on Beyond Salem also responded with high fives and kiss emojis. 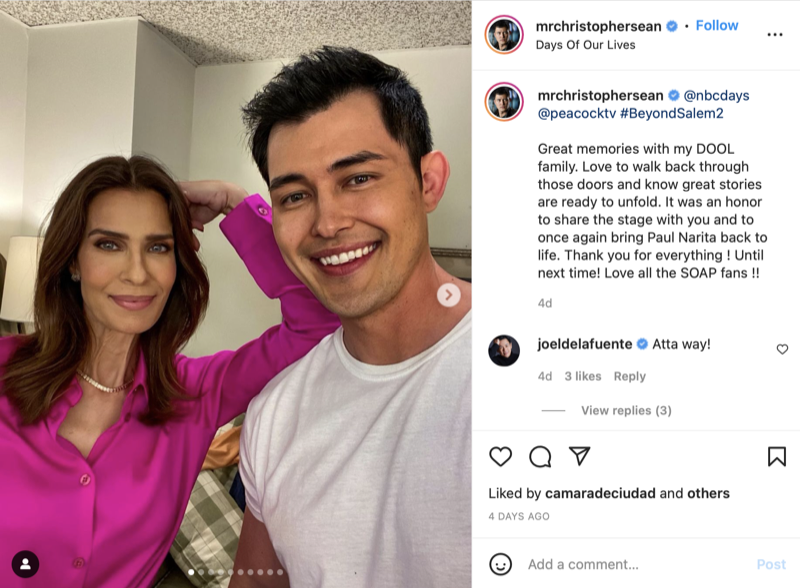 Bringing Sean back to the regular daily soap would also be a way to bring Andrew Donovan (Colton Little) onto the scene, as Paul and Andrew started a romance while trying to find those prisms that Megan Hathaway (Miranda Wilson) was after to cure Bo Brady’s (Peter Reckell) brain tumor.

Longtime fans have wanted this second-generation character on the show for years as nobody knew what ever happened to Shane Donovan (Charles Shaughnessy) and Kimberly Donovan’s (Patsy Pease) oldest child together. And now we do. He is an ISA agent just like his dad.

Beyond Salem also showcased the father-son chemistry between Sean and Drake Hogestyn’s John. Having John visit Paul in San Francisco during Pride was genius and John’s joy at being with his son at a semi-wild party put a smile on our faces.

Paul’s story in Salem doesn’t seem to be finished at all and fans still want him back — now more than ever since he has a new love interest in Andrew and some old love interests still around — Sonny Kiriakis (Zach Tinker) and Will Horton (Chandler Massey).

It does look like Sean is not leaving Paul behind forever so will he next appear in Salem soon or Beyond Salem sometime in 2023? Stay tuned to Days of Our Lives weekdays to find out.