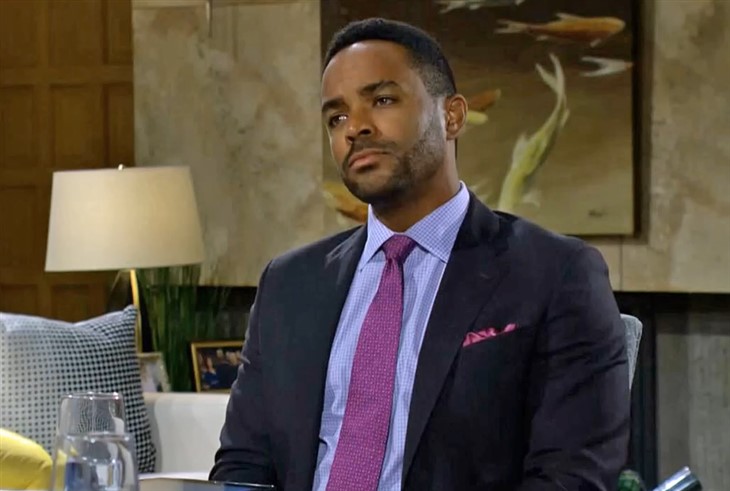 The Young and the Restless (Y&R) spoilers for Tuesday, October 4, 2022, reveal Victoria and Nate forging ahead with their big business plans.

The Young And The Restless Spoilers – Two Bitter Schemers Unite

Sure, it may seem like insider trading, but apparently, Nate Hastings (Sean Dominic) and ice queen Victoria Newman (Amelia Heinle) either don’t realize that or don’t care because Victoria is all gung-ho about the idea of taking on Chancellor-Winters when it goes public. She’s not supposed to know that information, but Nate brought it all to her when he decided he had it with Devon Hamilton (Bryton James) constantly telling him what to do.

Nate is also intrigued by all Victoria now claims she can do for his career and his bank account. With Nate now seeing nothing but dollar signs and power in his future, he doesn’t seem to care that his girlfriend, Elena Dawson (Brytni Sarpy), is supposedly done with him. But maybe something might finally happen between him and Victoria, something that has been toyed with before.

Y&R Spoilers – What About Tucker McCall?

There also seems to be another power player in GC now that Tucker McCall (Trevor St. John) has returned to stir up trouble. His past with Diane Jenkins (Susan Walters) is certainly something fans want to know more about — like what happened with them when she was in Los Angeles and allegedly dead, but Tucker seems to be in town for various reasons.

Spoilers say that Devon gets as daring with Chancellor-Winters as Nate is getting about destroying said company for his own gain. Does his bio dad, Tucker, have anything to do with the new and surprising hire he brings on? The two have certainly not been close through the years, but business is business, right?

In addition, The Great Victor Newman (Eric Braeden) is about to outsmart someone on Tuesday. Might it be one of his old enemies like Jack Abbott (Peter Bergman) or Tucker? Both men are formidable opponents and one of them just ticked Victor off in a major way by hiring his black sheep son as a co-CEO at Jabot. That definitely doesn’t leave ruthless Victor happy. Stay tuned to The Young and the Restless weekdays to see how these stories play out.