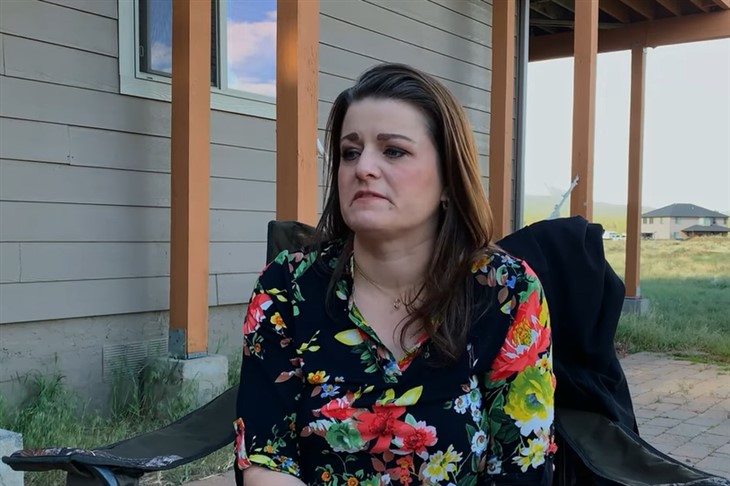 Sister Wives spoilers for season 17 revealed Kody Brown talking to Janelle about Coyote Pass. Of course, he managed to introduce his fave wife, Robyn into the conversation. She wanted to start building on Coyote Pass, but he rambled on about subdividing it and wondering what Christine planned to do with her piece of ground. Well, people are confused by the maps he showed of the properties. In fact, the accurate ones seem to show that Robyn Brown is winning all the way.

Last year, when the news came that Christine listed her Flagstaff home on the market, it seemed to confirm rumors that she moved to Utah. Well, she lived in an area that looked very much like Coyote Pass. But, she hadn’t yet built anything on the piece of ground that the wives and Kody purchased. Naturally, as she left Kody, fans wondered if she’d sell her portion of the Coyote Pass property to Kody.

Sister Wives spoilers emerged that revealed that Christine did sell the property back to Kody. In fact, it was really just a gesture as she only sold it for $10. Actually, Peadon her son leaked on TikTok that his mom wasn’t going to retain any property on the pass. Previously, Christine, Robyn, and Kody paid $300K for their property of 5.16 acres. Now that Christine’s gone from the land, TLC fans should note that the show is filmed behind current events, and the sale has gone through since Season17 started airing.

Sister Wives – Robyn Brown Wins The Most At Coyote Pass

Starcasm noticed that the maps on the show seemed to be inaccurate. So, Asa Hawks went and did some research. She revealed which land originally belonged to who, and where they’re at now. And, Asa wrote, “If Coyote Pass was a board game, it seems clear that Robyn would be winning!” That is because as it stands right now, Kody’s name is on all of the properties and Robyn is on two of them.

Sister Wives star Robyn still has her name on her original property with Christine and Kody. Additionally, you guessed it, she has her name alongside Kody on the old piece of land they originally purchased together. So in total, she now has ownership of more than 50 percent of the property at Coyote Pass.

Sister Wives star Janelle has her name on a property that is also in Meri and Kody’s names. Additionally, she also has a property with just her and Kody. However, they are smaller and the value is less. So, Janelle sits with 32.2 percent in total.  You can find out more by watching Starcam’s video below.

B&B Spoilers: Do Thomas And Hope Reach A Truce?