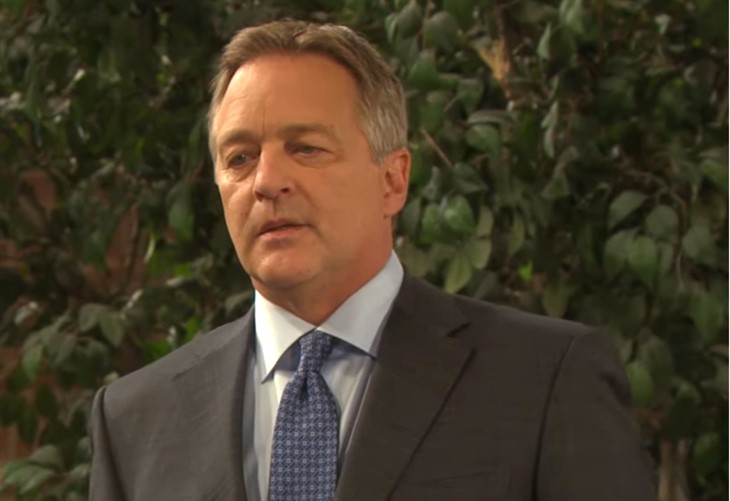 Days of Our Lives (DOOL) spoilers for Tuesday, October 4, 2022, reveal a blast from the past wandering into Horton Square and changing a few Salem lives.

Days of Our Lives Spoilers  – Mike To The Rescue?

With Jennifer Rose Horton Deveraux (Cady McClain) needing help from her family now more than ever, who better than her big brother to provide that help? Yes, the last time we saw Mike Horton in Salem he was there for Grandma Alice Horton’s (Frances Reid) funeral. We have heard about him through the years and even met his son, Jeremy Horton (Trevor Donovan), but Mike’s whereabouts have mainly been a mystery.

We didn’t even see Mike when both of his parents, Laura Horton (Jaime Lyn Baur) and Bill Horton (Ed Mallory), died over the past few years, but now he is in Salem to help Jennifer prepare for rehab.

Strangely enough, Mike runs into one of his former enemies from his Salem University Hospital days, Nancy Wesley (Patrika Darbo), and they hit it off. Nancy is single, Mike is apparently single and maybe something will happen with them off-screen.

While Jennifer now knows she mowed down Gwen Rizcech (Emily O’Brien) with her car and Gwen even forgives her, Leo Stark (Greg Rikaart) apparently doesn’t get the memo because he decides to blackmail Jack Deveraux (Matthew Ashford) with the information and extort money out of him in exchange for Jennifer’s freedom.

Too bad Leo’s latest scheme won’t go as he likes at all and he might have to take Gwen’s advice to at least attempt to turn over a new leaf.

Now that Chad DiMera (Billy Flynn) has solved the mystery of who killed Abigail DiMera (Marci Miller), he is ready to move on to something new. After all, the spirit of Abigail he conjured up in his mind told him to do just that. While Stephanie Johnson (Abigail Klein) is there in the wait, Chad also feels he needs a new job and one comes along at just the right time. Something tells us he is going to be joining Sonny Kiriakis at Titany any day now. Stream Days of Our Lives weekdays on Peacock by 6 am EST each morning.