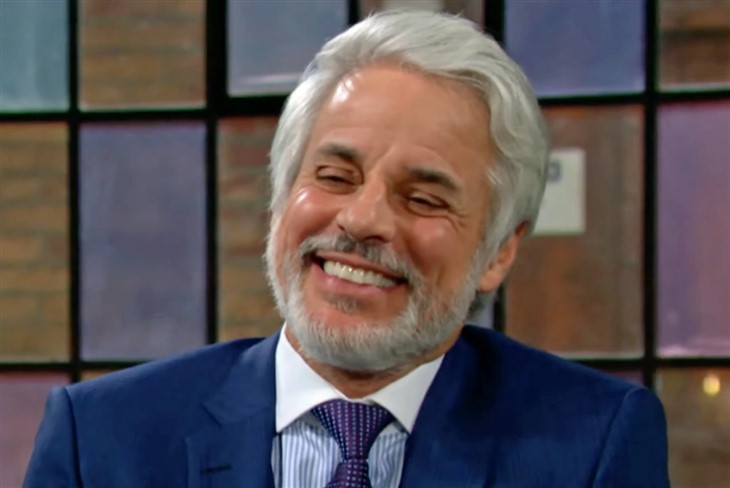 The Young and the Restless (Y&R) spoilers reveal Ashland Locke (Robert Newman) told his contacts to get rid of the doctors who are talking. However, Michael Baldwin (Christian LeBlanc) hasn’t returned and Lauren Baldwin (Tracey E. Bregman) is worried. Victor Newman (Eric Braeden) lies to Lauren, so will she take on the dangerous mission of finding Michael herself?

The Young And the Restless Spoilers – Peru Investigation

Y&R spoilers reveal that Victor was determined to find out the truth about Ashland. Victor gave the job to Michael, who came up with some disturbing information right away. Victor sent Michael to Peru to investigate the actual clinic and find out more information about Ashland’s health.

Michael certainly came up with some horrifying information, which was that Ashland never had cancer. What’s more, is that Michael has video confessions from three different doctors that say Ashland paid big money to have his medical records falsified.

Victor took matters into his own hands and gave Ashland an ultimatum. Once Victoria Newman-Locke (Amelia Heinle) and Nikki Newman (Melody Thomas Scott) walked in, Ashland faked chest pains. Of course, Victoria blamed Victor and was furious but still didn’t find out the truth about Ashland’s cancer.

Then, Ashland gave the order for the doctors who were talking to Michael to be permanently dealt with. As fans can imagine, that probably means that they were killed.

The Young And the Restless Spoilers – Michael Baldwin Disappears?

The Young and the Restless spoilers for the week of March 7 reveal that Ashland will strike back against Victor. That includes Ashland telling Victoria scathing information about Victor. Ashland is going to twist the entire thing around, especially now that the doctors are dead. It is teased that Victor will retaliate.

However, even more concerning is the spoiler about Lauren. It is stated that she begins to really worry about Michael, which means he might be in danger or even dead.

During the week of March 7, Lauren will want answers about her husband. However, Victor hides the truth from Lauren. Don’t expect Lauren to just accept Victor’s lie, though. Lauren will likely search for the truth and might even go on a dangerous expedition to find Michael. However, could she end up being collateral damage?

What do you think is going on with Michael and why hasn’t Lauren heard from him? Did Ashland’s contacts in Peru kidnap Michael or could he even be dead? What will Lauren do when Victor hides the truth from her? Share your thoughts and remember to keep watching the CBS soap to see what happens next.