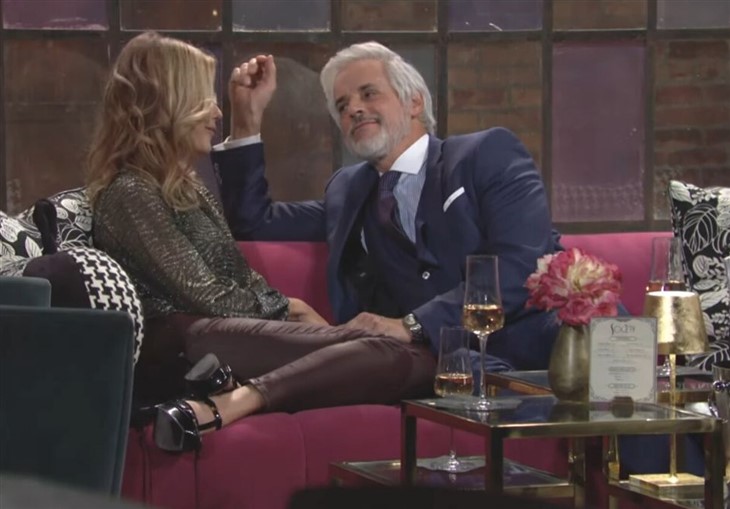 The Young And The Restless Spoilers – Michael Baldwin Has Likely Been Kidnapped – Or Worse!

Viewers of The Young and The Restless will recall that Michael has likely been kidnapped or worse, based on the calls and texts Ashland Locke (Robert Newman) has been getting from his “contact” in Peru! From what the person has already texted him that he found three doctors who gave Michael information and “took care of them”, viewers of The Young and The Restless can pretty well assume that Ashland’s contact is a hit man! Lauren was skeptical about Michael taking this job to begin with, he had wanted to step down from the district attorney’s office and retire a success and Victor convinced him to be his investigator. She was upset about the time that it would take away from them and their life, but she had no idea that Michael could wind up in danger by taking the job!

Viewers of The Young and The Restless will see Lauren become more and more worried and desperate as time goes on, and she’s already told Victor she hasn’t heard from Michael! Viewers of The Young and The Restless know that he’s on top of it but he won’t tell her that he knows Michael is missing because he doesn’t want to panic her. Too late, Lauren is plenty panicked and she decides to take matters into her own hands, and Victor’s calm demeanor only rattles her further, because to her, Victor’s not even taking her concerns seriously!

Victor will pull out all the stops to locate and retrieve Michael before it’s too late, but Lauren goes first to Michael’s younger brother Kevin Fisher (Greg Rikaart) who already works as the IT person for the GCPD. Viewers can imagine that if Kevin doesn’t get anywhere with his cyber-searches it will be escalated and possibly Christine Williams (Lauralee Bell) may be contacted due to her still having contacts in the state department.

The Young And The Restless Spoilers – Missing Persons Investigations Begin

Viewers of The Young and The Restless can imagine that at least on Lauren’s end, after Kevin cannot find anything substantial that missing persons investigations will begin, and they will have to involve the state department since Michael is overseas. Lauren will leave Victor completely out of it, not knowing that he’s already got people on it working to find Michael and bring him home safely, but at least Michael will have plenty of people looking! Viewers of The Young and The Restless can be assured with two different searches, independent of each other, Michael eventually will be found – and Kevin and maybe even Gloria Fisher (Judith Chapman) will want to get involve because they are his family! The question no one wants to ask themselves is what condition Michael will be found in – dead or alive; and by the way Ashland’s hit man has been phrasing things, it doesn’t sound good!