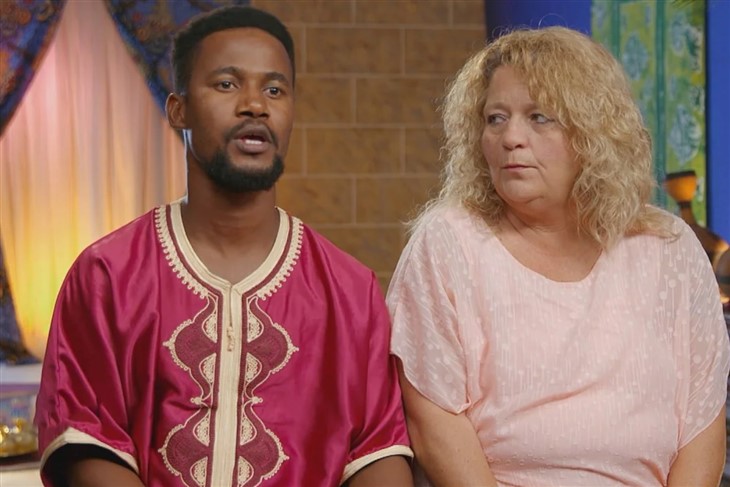 90 Day Fiancé alum Lisa Robinson (formerly Hamme) is divorced from Usman Umar and is allegedly happily remarried. However, now the Nigerian rapper known as “Sojaboy” is starring in the current season of Before The 90 Days with yet another older American woman, Kimberley. It is unclear whether Lisa still has feelings for Usman, as she keeps dragging him on social media.

90 Day Fiancé fans are getting annoyed with Lisa Robinson (formerly Hamme) on social media right now. Despite the fact that she has divorced Usman Umar and gone on to marry another man, she’s can’t seem to let the Nigerian rapper go.

Meanwhile, Usman is now starring in season 5 of 90 Day Fiancé: Before the 90 days with another older American woman, Kimberly Menzies. In fact, Kimberly has finally persuaded Usman to accept their relationship by sleeping with her.

There are rumors that Lisa was fired by TLC after using a racial slur during the season’s Tell-All. Despite this, Usman is still working for TLC and is the only cast member to return for season 5. Just like Lisa, Kimberly is significantly older than Usman and has recently shocked some fans with her graphic description of her sexual relationship with him.

While Lisa is officially divorced from Usman, she can’t seem to let him go, making nasty comments about him online. The latest is a post revealing a screenshot of a 90 Day Fiancé episode. Subtitles on the clip revealed Umar’s words, “my culture prevent me for kissing her on the lips in public.”

On the image, Lisa noted, “In this scene I was gagging on the smell thank god I introduced him to deodorant.” In the caption to the Instagram post, Lisa used the hashtags, #fyp #jokes #march #triggered.

Fans were quick to comment on the post, with one writing, “Move on, what a mean spirited comment.” Another wrote sarcastically, “Wow, you really love this man” with a series of laughing and crying emojis. Meanwhile, another follower commented, “I mean… is she still really buying his crap?! I mean come on… where is Ashton Kutcher… we’re all being pranked.”

Further down in the comments another IG user was obviously frustrated. They wrote, “Why ate [sic] you still going on about it? If you moved on and are happy you wouldn’t care what he’s doing. You’re stalking him hard old lady, go pay attention to your husband.”

A previous post revealed an image of Usman and Kimberly, titled, “I now pronounce you, King Green Card and Queen Desperate for D*ck.” Meanwhile, an older Instagram post shared the words, “I’m so bored… I’m about to unblock my ex and start an argument!”

Readers, what is your reaction to Lisa’s bitter remarks about her ex? Let us know by dropping a comment below.

Meanwhile, fans can watch the ongoing saga of Usman and Kimberly on 90 Day Fiancé: Before the 90 Days on Sundays at 8 pm ET/PT on TLC.

Jailed Josh Duggar Ignored OR Consoled By Family On 34th Birthday?! Find Out!