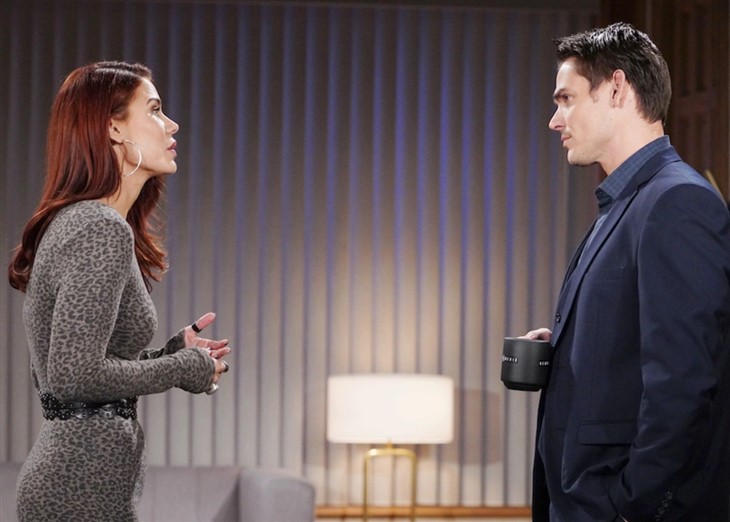 The Young and the Restless (Y&R) spoilers for Tuesday, May 24, 2022, reveal two people determined to do anything to get to the top and stay there.

The Young And The Restless Spoilers – An Old Rivalry Heats Up

If there’s one person Summer Newman Abbott (Allison Lanier) hates with the fire of a thousand suns, it’s Sally Spectra (Courtney Hope) and now she has to contend with her making a success of her life, in part thanks to Adam Newman (Mark Grossman). When Sally realizes that Summer is back in town ready to make a very big business move, Adam and Sally decide they can’t let that happen because they have to be the most successful young power couple in Genoa City, not Summer and Kyle Abbott (Michael Mealor). To that end, they plot some more.

They are already prepared to take Victoria Newman (Amelia Heinle) down and knock her from her perch at Newman Enterprises. Who else will they go after next?

Billy Abbott (Jason Thompson) has never been one to stay interested in something for too long and it looks like he has his eyes on another venture. Does that mean he will stop doing overnight podcasts about his sad and sorry life? Can fans and the residents of Genoa City actually get that lucky?

Everything Billy touches seems to turn sour, but he finally found a woman who will stand by his side through all of his mistakes. We guess Lily Winters (Christel Khalil) had a lot of experience this with Cane Ashby (Daniel Goddard). Could Billy’s new plan have to do with Ashland Locke (Robert Newman), a man he is still obsessed with because he will never get over his obsession with Victoria Newman? Might this be a bridge too far for Lily?

The Young And The Restless Spoilers – What’s Wrong With Amanda?

Amanda Sinclair (Mishael Morgan) has to deal with some disturbing and shocking news on Tuesday. Does it have to do with her sister or does this disturbing news involve Devon Hamilton (Bryton James)? Baby Dominic and Abby Newman Chancellor (Melissa Ordway)? Anything can happen to Amanda, especially when she really, really needs a storyline. Stay tuned to The Young and the Restless weekdays to see how these stories play out.