Y&R Spoilers: Kyle Gets The Shock Of His Life 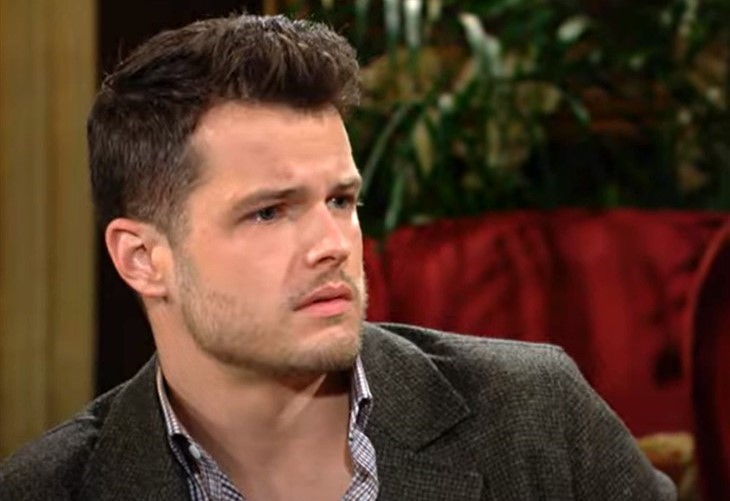 The Young and the Restless (Y&R) spoilers for Wednesday, April 27, 2022, reveal Kyle getting the news he never thought he’d forget in his life, but he forgets that he is on a soap opera where news like this is almost an everyday thing.

Kyle Abbott (Michael Mealor) knew he was returning home to some big news that Jack Abbott (Peter Bergman) couldn’t tell him over FaceTime, but he never imagined hearing that his mother is alive and well and wants to see him. In fact, he might even feel a little angry. This means his mother faked her own death and abandoned him as a child when he needed her most.

Jack tries to make his son feel better about things, but the shock and bitterness is there and Kyle still doesn’t know why this happened and why he wasn’t told about this the moment he found out Diane Jenkins (Susan Walters) was alive. Now, it’s time for Diane and Kyle to meet and that should be quite fascinating.

While Jack breaks the news about Diane to Kyle, Phyllis Summers (Michelle Stafford) catches Diane in the act of doing something sneaky. Is she headed out of The Grand Phoenix and straight over to the Abbott house to see her son?

Jack told her to stay away until he is able to break the news to Kyle himself, but Diane has been patient long enough. She also may not remember how forceful and determined that Phyllis is. It might not be as easy as Diane thinks it will be to see Kyle on her terms.

Chelsea Lawson (Melissa Claire Egan) is not getting a lot of sympathy from people for Rey Rosales’ (Jordi Vilasuso) death considering Chelsea tried to kill Rey a year ago. Even now, they were only friends in Rey’s mind, although Chelsea wanted more than that. On Wednesday, she is forced to defend herself. But who will be hurling accusations at her? Sharon (Sharon Case)? Well, that would certainly be appropriate at this point. Stay tuned to The Young and the Restless weekdays to see how these stories play out.