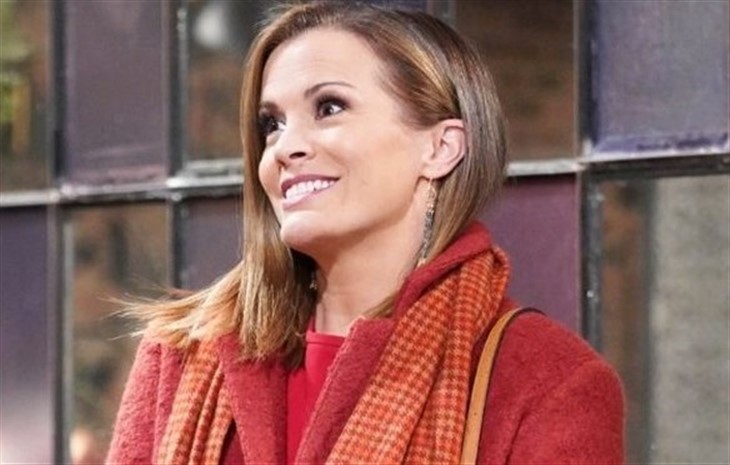 The Young and the Restless (Y&R) spoilers for Friday, March 25, 2022, reveal Chelsea’s life heading in a new direction.

The Young And The Restless Spoilers – A Future For Chelsea and Rey?

Chelsea Lawson (Melissa Claire Egan) has finally given up on Adam Newman (Mark Grossman) because her subconscious told her to go after a new guy who loves Sharon Collins (Sharon Case) — Sharon’s current husband, Rey Rosales (Jordi Vilasuso). She is so done with Adam that she even moved out of the penthouse, but she is ready to see what life has ahead.

When she needs a bit of comfort on Friday, Rey is right there by her side with a shoulder to cry on and that makes Chelsea very happy. Who cares if he is married to Sharon? Who cares if he doesn’t seem to show any interest in her besides friendship? Chelsea has her sights set on him and won’t rest until she has him.

Y&R Spoilers – What Is Adam NewmanUp To Now?

As Chelsea moves on, Adam is ready to revert to old ways, but which old ways? Business ways? Personal ways? Does he visit Sharon to upset both Chelsea and Rey? Is that how they find themselves with one another?

Or, does this have to do with Sally Spectra (Courtney Hope)? Is he already starting to push her away although they have barely been together? That sounds just like Adam and his old ways, doesn’t it?

The Young And The Restless Spoilers – How To Help Poor, Put-Upon Victoria Newman

Victoria Newman (Amelia Heinle) got herself into her own mess once again and now needs out. It wasn’t like her family and Billy Abbott (Jason Thompson) didn’t do everything in their power to warn her about Ashland Locke (Robert Newman) before she stupidly married him. It’s not like she didn’t know he was a lying liar who lies, but now she is to be pitied despite how she’s treated everyone over the last few months.

As Victoria cries in her cereal over another failed relationship, the menfolk have to put their heads together and try to help her. The Great Victor Newman (Eric Braeden) and his great son, Nick Newman (Joshua Morrow), sit there and try to come up with a way to help Victoria. Perhaps she should think of a way to help herself. Stay tuned to The Young and the Restless weekdays to see how these stories play out.

Days Of Our Lives Spoilers: The Claws Come Out For Nicole And Ava