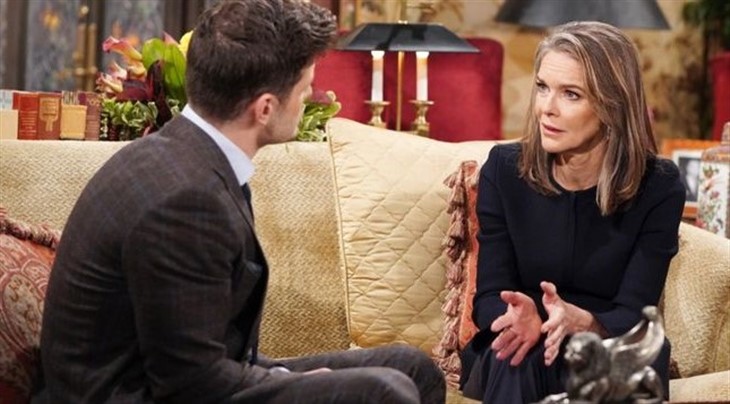 The Young and the Restless (Y&R) spoilers tease that Kyle Abbott (Michael Mealor) will defend his mother, Diane Jenkins (Susan Walters), against the criminal Jeremy Stark (James Hyde). He vows that nothing will prevent his mother from playing an active role in his life, which unknowingly puts his life in danger.

The problem with Kyle’s plan is no one knows whether Diane was honest about her experience with Jeremy. Diane only tells part-truths, which could be a problem if Jeremy is as dangerous as she claims.

Kyle isn’t the only one who seems hellbent on defending defenseless Diane. Jack Abbott (Peter Bergman) has been at odds with his sister, Ashley Abbott (Eileen Davidson), over Diane’s presence in her family.

When Phyllis Summers (Michelle Stafford), Nikki Newman (Melody Thomas Scott), and Ashley devised a plan to run Diane out of town, Jack sprung into action to keep her around. He wanted his son to have his mother in his life, and against all common sense, Jack protected Diane from Ashley’s wrath.

Kyle promised to protect Diane from outside threats, including Phyllis, Ashley, and Nikki. He missed having a mother growing up, so in his mind, this is his time to make up for the lost time.

The problem with Kyle’s blind faith in Diane is there’s probably more to the Jeremy story. Diane is rarely innocent, so she had a part in the crime and his conviction. Of course, that is something Jack and Kyle refuse to see, at least at this point. They see Diane as a damsel in distress, allowing them to be her savior.

The spoilers for the Week of November 28 state that Jeremy will corner Diane with revenge on his mind. He will do everything he can to make her pay for sending him to prison.

Y&R viewers know that Diane will scramble as she tries to contain the lies she’s told about Jeremy. She knows that if Jack and Kyle find out the truth, they will never trust her again.

It sounds like Diane will find herself in a tight spot as she tries to handle Jeremy independently. It’s safe to assume she won’t take the situation well, and the criminal will go after Kyle and Jack. Keep watching Young and the Restless to see what happens next week.