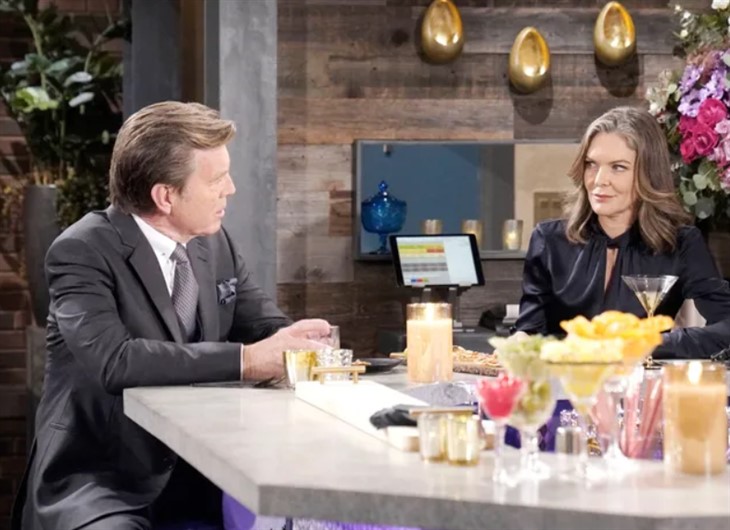 The Young and the Restless (Y&R) spoilers show that in a preview for the upcoming week, we see Jack Abbott (Peter Bergman) and Diane Jenkins (Susan Walters) share a hug! Well, okay, in the scene Diane kind of jumps at Jack and embraces him, much to the chagrin of their son, Kyle Abbott (Michael Mealor).

Diane has been huge leaps to reconnect with her son and even Jack to some extent, so much so, that Jack defended her against his own sister, Ashley Abbott (Eileen Davidson) when she was questioning her and scheming with Nikki Newman (Melody Thomas Scott) and Phyllis Summers (Michelle Stafford) to push her out of town.

The Young And The Restless – Kyle Abbott Not Excited About His Parents?

With everything that Diane has done to overcome her failed relationship with her son, Kyle has been very welcoming and accepting of his mother, despite her flaws and her past history. He wanted to form a bond with her again and they have been doing so.

Even with some things coming out about Diane thanks to Tucker McCall (Trevor St. John), Kyle was able to see past and accept her for who she is now rather than her past self. However, cozying up to his father again may be too much for him to bear.

Y&R Spoilers – Why Wouldn’t Kyle Abbott Want His Parents Together?

I personally thought that Kyle would love to see his parents getting along so well and celebrate them sharing a closeness together, however, that was not the look on his face as he asked if he was interrupting something.

Jack will surely have a good explanation to give his son, but I think Diane is interested in re-exploring her relationship with Jack, if he and Kyle are both interested in that as well. I think Kyle is more protective of them though, as right now he has a good relationship with both of his parents, and if they were to get back into a relationship, that could once again be taken from him.

He likes the security he has from them now, and knows that if they do get together again, they will most likely split up down the road.

What do you think? Would you like to see Jack and Diane together again and why do you think Kyle is so nervous about their situation? Share your thoughts and remember to keep watching the CBS soap to see what happens next.