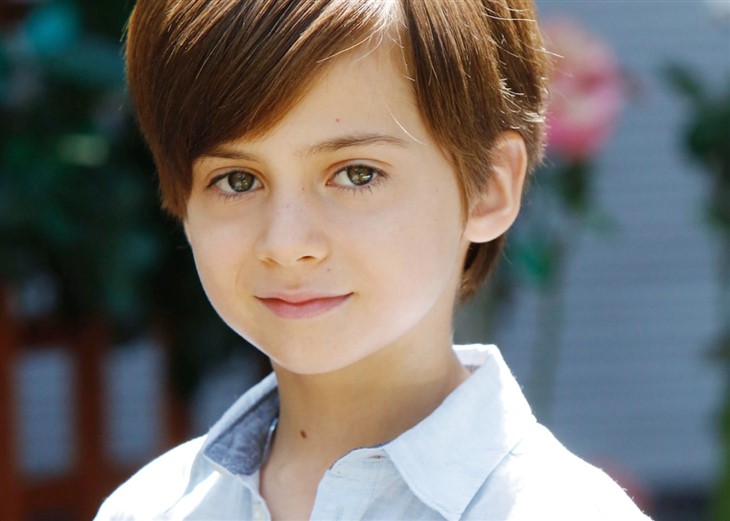 The Young and the Restless spoilers and updates tease that Judah Mackey, who plays the role of Connor Newman on the soap, has landed a new exciting gig. The young actor is part of a new “pawsome” adventure with Apple TV.

The actor shared the good news on his Instagram account along with a trailer for Pretzel And The Puppies. He and his brother, Benjamin Mackey, have worked with Apple TV for a new animated series.

“From the creators of Curious George, and starring @markduplass, meet Pretzel, the world’s longest dachshund. Based on the beloved children’s book, #PretzelAndThePuppies premieres February 11 only on Apple TV+,” the young actor shared.

Judah Mackey takes on the role of Connor Newman, the son of Chelsea Lawson (Melissa Claire Egan) and Adam Newman (Mark Grossman). He took over the role in 2019 after the show SORASed the toddler Connor to a child.

In recent episodes, Connor had a wonderful time with his parents. His uncle, Noah Newman (Rory Gibson) taught him some new hockey skills. Given that he’s appearing on the soap on a recurring capacity, he has time for his latest project with Apple TV+.

Victor Newman (Eric Braeden) will come up with a plan to take Ashland down. He’ll want Michael Baldwin (Christian LeBlanc) to earn every penny he earns by making sure that he knows more of Adam’s secrets. Thanks to his effort, suspicions have started to arise about the legitimacy of Ashland’s treatment and where he received it.

Victor will talk to someone about his suspicions about Ashland’s illness. He believes that Ashland has been faking it and he wants to expose the truth.

The Young And The Restless – Adam Newman Saves Sally Spectra

With Sally’s talent, Adam won’t think that she deserves to be without a job. Given that he considers her a friend, he’ll surely do what he can to help her find new employment.