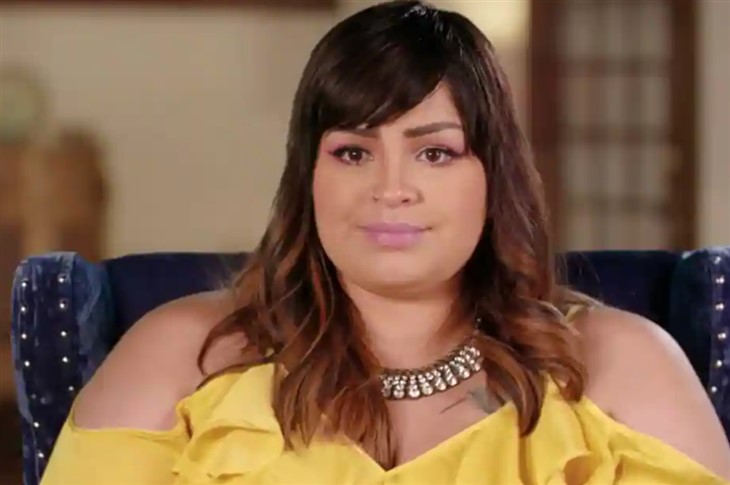 90 Day Fiance spoilers reveal that TIffany Franco has a new Tinder profile up and this has led many fans to believe that she and Ronald Smith are done for good.

From what many fans have seen, it did look like Tiffany and Ronald were back together again. The couple has a child together and it seems as if they have stayed close for her sake, but Tiffany hasn’t been exactly happy with Ronald’s actions and his gambling addiction. Their on-again, off-again relationship has been an emotional rollercoaster for the two of them and it looks like they have finally said goodbye.

The couple appeared in many seasons of the show and they have been very active on social media. Ronald shared photos of himself with a girl named Lauren in November of 2021, but soon those videos and pictures were gone. In July of this year, Ronald shared a photo of himself kissing Tiffany and that is when fans started to worry that they had gotten back together and the toxic relationship was back in action. Funny enough, Tiffany was mentioned as a new cast member on 90 Day: The Single Life.

There have been many rumors about Tiffany and Ronald getting back together, but some fans that are on Tinder saw her new profile. In her picture, she is wearing a red sweatshirt and pouting her lips. Her bio reads, “I am the sweetest girl you’ll ever meet, but not interested in games. Fair warning, I’ll ruin your life.” She also added that she has two kids in her profile as well.

A screenshot of her bio was shared on Reddit and the fans there brought up some good points. Many of them were very confused because they thought that she and Ronald were back together. They had been sharing photos of one another together on Instagram so this left many of them scratching their heads.

We are not sure if Tiffany will still appear on the Single Life, but we will continue to watch to see if this is the season for her or if she really is back with Ronald.