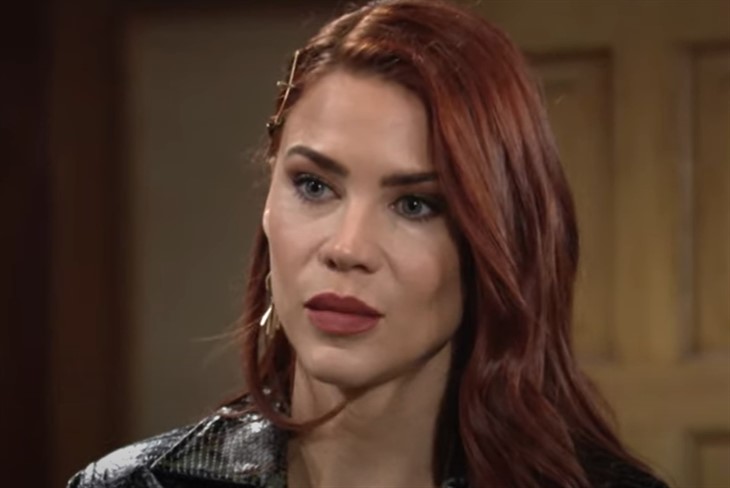 Old school viewers smiled at the reference to the cosmetics division that Victoria Newman Locke (Amelia Heinle) founded during the last decade. Adam Newman’s (Mark Grossman) oldest sister is attempting to purchase the fashion platform he heads. That could result in him and Sally being ousted.

Chelsea realizes that she can not be productive if Adam is in her zone of fashion proximity. So, she made a demand while Sally was on her busy work assignment in New York.

Adam understood that Chelsea wants the fashion platform to have a stand-alone physical location. She and Chloe are scouting sites, but Adam told Sally that he has not made a final decision yet.

Why would Chelsea and Chloe’s underling deserve to know what the game plan is? She is not their supervisor and surely is not his equal.

Stop is not on Sally’s daytime vocabulary list. So, she will not say the word, spell it correctly, and use it in a sentence to demonstrate understanding.

Instead, Sally plans to keep going as she has been. Adam is her key to the good life in Genoa City, Wisconsin. He also told her something else that she did not need to know.

Adam said that he told Chelsea that they were done. That is something a guy would do if he wanted the next lady he is interested in to see the green light flashing.

Adam has done a good job of keeping himself on the straight and narrow. His choice to be a better father to Connor Newman (Judah Mackey) was spurned by the chaos he and Chelsea put each other through last year.

Victor Newman (Eric Braeden) has no use for Sally. Victoria has no use for her brother. So, if Victor accepts Victoria’s pitch and sells her Newman Media, the fashion platform will either be part of that deal or potentially sold off to Chelsea and Chloe.

The presumed Newman Media sale could put Adam under Victoria’s thumb, which would not be sustainable. As for Sally, she might gain Adam but possibly lose her place in the fashion platform.