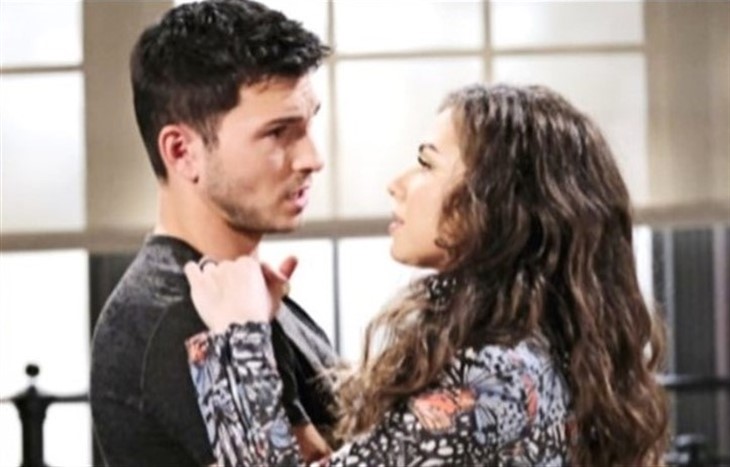 Days of Our Lives (DOOL) spoilers for Tuesday, June 28, 2022, reveal Hope Brady sending a gift that changes everything for her daughter and her family.

Days Of Our Lives Spoilers – Is It All About The Fancy Face?

Let’s take it on back to 1987 when Hope Brady (Kristian Alfonso) and Bo Brady (Peter Reckell) became parents to Shawn-Douglas Brady (now an adult played by Brandon Beemer) and decided that all was right with the world, so why not sail the world? The couple took off with their newborn on The Fancy Face, a boat named for Hope, or at least the name Bo called her. We didn’t even see them again for nearly three years.

And The Fancy Face still exists and Hope owns it. But now it looks like it’s going to Ben Weston (Robert Scott Wilson) and Ciara Weston (Victoria Konefal) and their newborn baby, Bo Weston. Are Ben and Ciara going to take off and see the world too — and possibly go…Beyond Salem?

As Belle Black Brady (Martha Madison) and EJ DiMera (Daniel Feuerieggel) both antagonize one another and grow closer, Sami Brady (Alison Sweeney) is thrilled because she and Lucas Horton (Bryan R. Dattilo) are getting married again. She is so joyous she is celebrating, having no idea what Lucas was really up to last year, which was having her kidnapped. When she learns that fact, it will be over between them for sure and Sami will feel like a fool.

But, for now, Sami needs a divorce from EJ so she interrupts him and Belle in the heat of the moment to serve him papers. Noticing that her sister and husband seem to be close? Well, not yet because things don’t always register quickly when Sami has a one-track mind.

Days Of Our Lives Spoilers – Good News In Jail

Two faces we haven’t seen in a while come together at Stateville when the father and son crime team of Orpheus (Geoge Del Hoyo) and Evan (Brock Kelly) get togther once again. Orpheus is said to have some news for his son and it’s bound to be a shocker. Does this have anything to do with the baby that Evan had with Jordan Ridgeway (Chrishell Stause) who is now being raised by his aunt, last played by Emmy winner Kelly Thiebaud? Stay tuned to Days of Our Lives weekdays to see how these stories play out.