Y&R Spoilers: Is Jack Really Buying What Diane Is Selling? 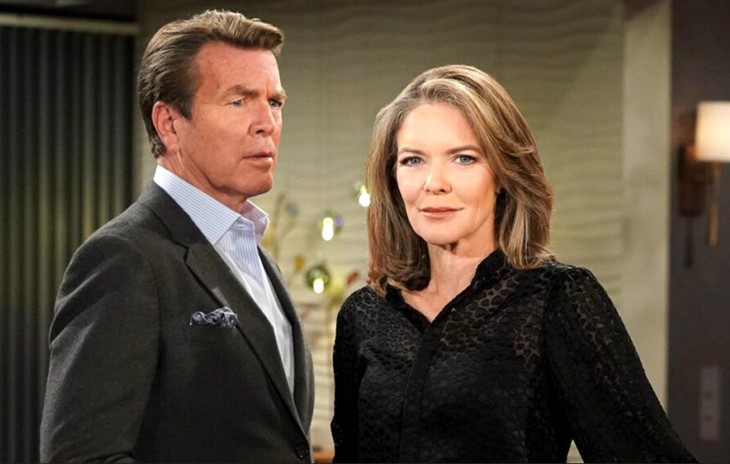 The Young and the Restless (Y&R) spoilers for Thursday, August 4, 2022, reveal Diane turning on the charm for Jack.

The Young And The Restless Spoilers – Should Phyllis Newman Act Fast?

Phyllis Summers (Michelle Stafford) still can’t believe how blind Jack Abbott (Peter Bergman) is to Diane Jenkins (Susan Walters) and her usual tricks. This nice girl full of regret act is just that — an act. At least according to Phyllis and some other ladies who care about Jack.

And Jack continues to be blind as Diane opens up to him about her time in LA when the rest of the world thought she was dead. She seems so remorseful and so ready to do better but can Jack even remember a few months ago when he and Phyllis found her all because she was playing tricks?

If Jack believes that Phyllis can’t change, why does he believe that Diane can? Nikki Newman (Melody Thomas Scott) and Ashley Abbott (Eileen Davidson) don’t believe she can, but when Ashley learns that Phyllis got a job at Marchetti without consulting her, she wants to abandon teaming up with the other ladies to bring Diane down.

As Nikki and Phyllis try to talk Ashley into not abandoning them out of anger, Nikki learns she might have just the information they have been waiting for. Will it be something they can bring to Jack?

Now Nick Newman (Joshua Morrow) is the one with questions because he knows his father somehow had something to do with Ashland’s body finding its way out of Victoria Newman’s (Amelia Heinle) house. Victor gets just as angry as he did with his youngest son. Does this tip Nick off to the fact that he needs to be wary of his father and what he now says to Chance Chancellor (Connor Floyd)? Stay tuned to The Young and the Restless weekdays to see how these stories play out.

B&B Spoilers: A Kiss For Taylor And Ridge