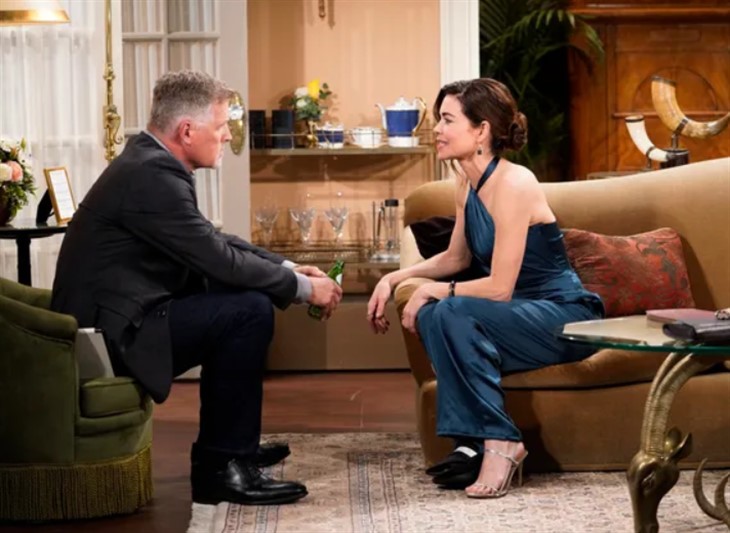 The Young and the Restless (Y&R) spoilers for Wednesday, July 6, 2022, reveal Victor figuring out a few new things about Ashland, as usual.

The Young And The Restless Spoilers – Victoria Newman Did Her Thing, But…

Victoria Newman Locke (Amelia Heinle) may have tricked Ashland Locke (Robert Newman) out of millions upon millions of dollars, but he is clearly not broke. After all, he is still taking a private plane wherever he needs to go and broke people typically can’t do that.

But, The Great Victor Newman (Eric Braeden) isn’t so sure about this and spoilers say he starts connecting the dots about Ashland. Might he realize Victoria was the one being tricked all along? There is definitely something more there than meets the eye.

When Phyllis Summers (Michelle Stafford) returned to town after visiting her son Daniel Romalotti, she thought all she had to do was extend an olive branch to Diane Jenkins (Susan Walters) and apologize to Jack Abbott (Peter Bergman) and all would be fine — except it wasn’t. Jack is angrier at her than ever and Phyllis was quite taken aback by his vitriol. So, she arranges a little more R&R for herself to get her head and act together, but will it work? Phyllis is definitely a high-strung woman and Jack may have a few salient points about her.

And finally, it looks like things may be looking up for Chloe Mitchell Fisher (Elizabeth Hendrickson) on a professional level. Sally Spectra (Courtney Hope) can see she is not getting along with Chelsea Lawson (Melissa Claire Egan) at all right now and makes Chloe quite the offer.

After what Chelsea put her through last year with Rey Rosales (Jordi Vilasuso), Chloe is looking for a way to break free and this might be her ticket out of a toxic friendship. But what will Chelsea do without her? Will she head down a dangerous and vengeful path? Stay tuned to The Young and the Restless weekdays to see how these stories play out.