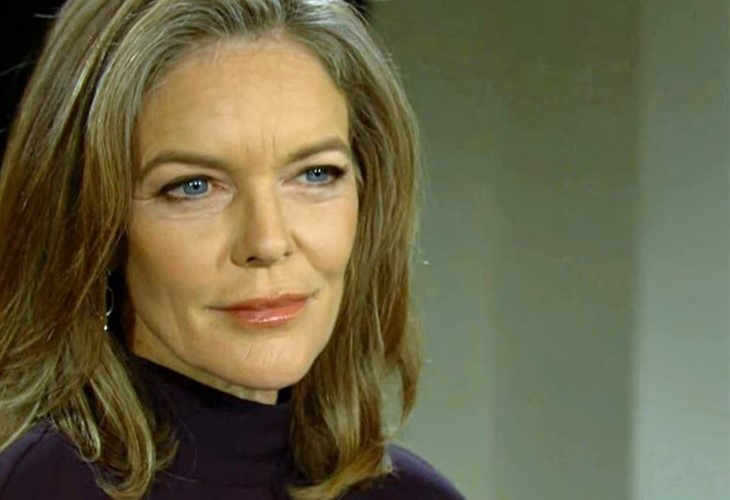 The Young and the Restless (Y&R) spoilers for Wednesday, May 25, 2022, reveal Diane running into the person who kinda-sorta killed her.

The Young And The Restless Spoilers – Catfight At Crimson Lights

It’s time for Diane Jenkins (Susan Walters) to face the woman who was responsible for killing her if she really had died all those years ago. Instead, she faked her death to get her life together but Nikki Newman (Melody Thomas Scott) still sees her as someone she needs to battle. After all, she spent years trying to get Diane away from The Great Victor Newman (Eric Braeden) and that woman has disrupted her life way too many times, so she’s not about to let it happen again.

To that end, she confronts Diane when she sees her at Crimson Lights and things turn ugly very fast. Is Sharon Rosales (Sharon Case) going to have to break things up between these two women before someone gets hurt. After all, they’re not young anymore.

Victor can’t stand the fact that Ashland Locke (Robert Newman) is just walking around Genoa City as if he didn’t just try to swindle almost the whole town. But he is apologizing to everyone, you see, and he feels plenty of remorse. He didn’t think his dumb lies would hurt so many people, so why not let bygones be bygones?

Kyle (Michael Mealor) and Summer Abbott (Allison Lanier) sure do not feel that way when it comes to young Harrison and Victor decides he is going to do something about Ashland because he is always in charge, even when he looks like he is not in charge. What does Victor have planned for Ashland this time and will his family survive it?

Perhaps it was the excitement of watching Mariah Copeland (Camryn Grimes) and Tessa Porter (Cait Fairbanks) marry, but Jack Abbott (Peter Bergman) was unfriend-zoned and ended up where he wanted to be — in bed with Phyllis Summers. On Wednesday, they decide if they are going to make that a regular thing. Chances are they end up in bed again. Good thing she owns a hotel. Stay tuned to The Young and the Restless weekdays to see how these stories play out.