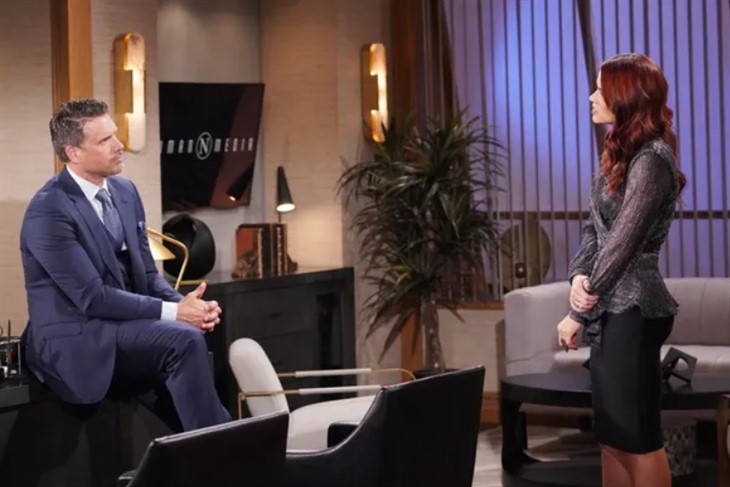 The Young and the Restless (Y&R) spoilers for Wednesday, October 5, 2022, reveal Nick hearing his brother but not necessarily listening to him.

The Young And The Restless Spoilers – Does Nick Newman Truly Want Sally Spectra?

Adam Newman (Mark Grossman) wants Sally Spectra (Courtney Hope) back and has made that perfectly clear to Nick Newman (Joshua Morrow) He didn’t even do it in an angry sort of way. He appealed to Nick’s better angels and asked him if he can really love Sally the way that Adam does and that gave Nick some food for thought. Should he just let Sally go so she can be with a man who truly sees a future with her or does he continue the way things are?

Nick decides he is going to romance Sally despite his conversation with Adam so we can only assume he does want more from her than a sexual relationship. However, when Sally outs him on the spot and asks him to define things, he might not be so sure what he should say. Maybe then Adam’s words will have some meaning.

It still makes absolutely no sense that Sharon Collins’ (Sharon Case) husband Rey Rosale (Jordi Vilasuso) was killed off to NOT reunite her with Nick, but that’s oddly what this soap seems to want to do.

As Sharon has been a coffee-pouring talk-to for six months now, spoilers say that on Thursday her skills are put to the test. Surely, this cannot mean her barista skills. Maybe something might happen with her dead-end therapist career. Perhaps Sharon is getting a real storyline, something she seriously deserves at this point.

The Young And The Restless Spoilers – Abby Newman Is Stunned

Abby Newman (Melissa Ordway) thought her life was finally going along swimmingly but things can’t remain too happy for too long. She is about to have a very unexpected encounter but with whom? Might it be Tucker McCall (Trevor St. John)? Perhaps he pays a visit to his mother’s old house without knocking first, the house that Abby and Chance Chancellor (Connor Floyd) now live in.

Will this encounter be a pleasant one? Might this soon cause problems between Abby and Chance? Stay tuned to The Young and the Restless weekdays to see how these stories play out.