Y&R Spoilers: Danny’s Back– Michael Graziadei Teases His Returns Could Be Permanent 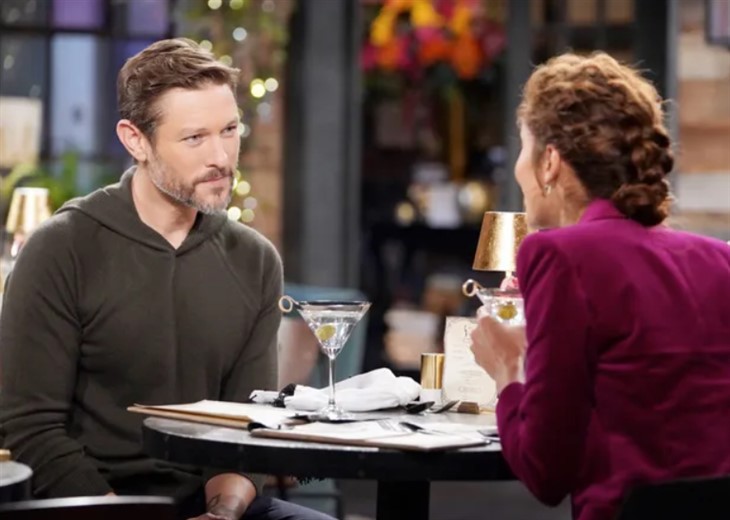 The Young and the Restless (Y&R) spoilers tease that Daniel Romalotti, Jr. (Michael Graziadei) could be sticking around for a few months. The actor sat down and talked to Soap Opera Digest about his return and his returning storyline.

Danny returned to Y&R on Monday, November 21. He ran into Lily Winters (Christel Khalil), who was sulking over a drink. She was feeling sad over Billy Abbott’s (Jason Thompson) need to “save” Chelsea Lawson (Melissa Claire Egan).

The moment she saw Danny, her face lit up. Danny admitted that his wife and daughter were overseas on a business trip, so he packed up and decided to pop in for a visit.

The Young And The Restless Spoilers – Is Danny  Romalotti Sticking Around?

Most of the time, Danny’s visits to Genoa City are short-lived. He will return for a few days and then leave for several years. But this time, it might be different. The actor hinted in his SOD interview that he could be sticking around for a few months, at least.

Bryton James (Devon Hamilton) approached him about returning to Y&R. James thought Danny’s return would be good for the storylines. As a bonus, James told Graziadei he would love to spend more time with him.

The Y&R actor said he never considered a return until James mentioned it. He assumed if CBS wanted him back, they would call. James promised to get the ball rolling, and within a few days, he had a contract.

Graziadei said the idea of returning came at the right time. He has toddler twins at home, and the idea of traveling to work is challenging. So, coming back and being able to work close to home was just what his family needed.

Y&R Spoilers – Will Danny Romalotti Cause Trouble For Lily/Billy?

Most Y&R fans think it’s a given that Danny will cause tension between Lily and Billy. Lily and Danny were high school sweethearts and had a beautiful connection. With Billy’s preoccupation with Chelsea, Lily is craving attention. Danny is just what she needs.

If Graziadei’s return is permanent, the Y&R viewers can see the writers putting them back together. Only CBS and Graziadei know how long his storyline will be. The fans couldn’t be more thrilled to see him, and they hope he sticks around for a while.

Y&R fans, do you think Danny and Lily will rekindle their romance? Check back regularly for Y&R spoilers and news!