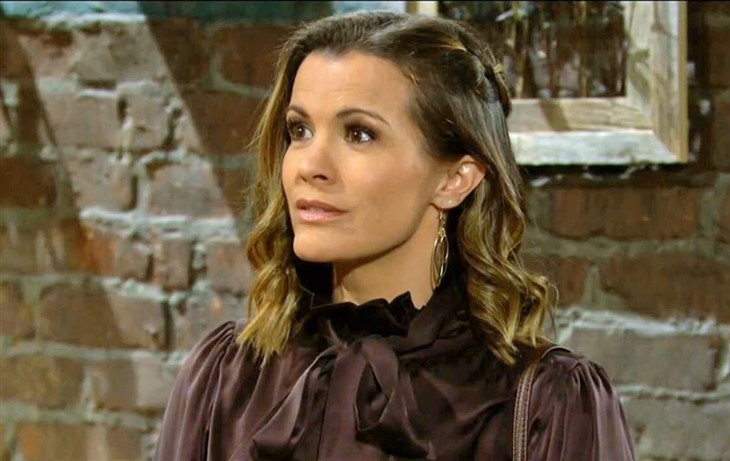 The Young and the Restless (Y&R) for the next two weeks see reveal that a blast from the past comes to Genoa City, Wisconsin, at the same time that Abby Newman (Melissa Ordway) and Chance Chancellor (Conner Floyd) encounter marital woes. Is one or both spouses about to embark on an affair?

Sally Spectra (Courtney Hope) wants to forget about Adam Newman (Mark Grossman) by hooking up with his brother—standard soapy shenanigans.

Adam confronts Nick Newman (Joshua Morrow) and gets news he didn’t need to hear. Expect the two GC hunks to call off their organ donation truce and get back to competing against each other. Let the games begin!

Elsewhere Abby and Chance’s relationship cold hit a belated snag after the top cop let her fam off the hook for manslaughter at the very least. According to Y&R spoilers, Chance and Chelsea Lawson (Melissa Claire Egan) are both lost souls which means pity party sex could be next on the agenda.

Y&R spoilers – Who Is The Blast From The Past?

Chelsea reels from rejection from her biological son, and could turn her attention full throttle on Chance. It’s not like they don’t both need a distraction from reality ….

Meanwhile, it’s time for Trevor St. John to debut as a recast Tucker McCall (formerly DOOL‘s Stephen Nichols). This week he emerges as the man behind the texts to Diane Jenkins (Susan Walters) and she is none too happy about his appearance.

The Young And The Restless Spoilers -Trevor St. John Debuts

Tucker brings the action to GC as explosive shows spoilers tease that Victor Newman (Eric Braeden) gets in his face. At the same time, Chancellor-Winters has an IPO and Devon Hamilton (Bryton James) is put into a spin when he sees his dad.

Let’s not forget that Tucker has a past with Jill Abbott (Jess Walton) and they also have an interaction. Basically, Hurricane Tucker is coming to town and he disrupts many, many lives.

St. John formerly starred as Victor/Todd on One Life to Live and fans have been eagerly waiting to see the daytime vet debut on the number one rated sudser. It sounds like the writers have gone all out to make his appearance memorable, you don’t want to miss a single minute of his blockbuster return to daytime! Tell us soap fans, do you have a favorite memory of Todd/Victor from OLTL?