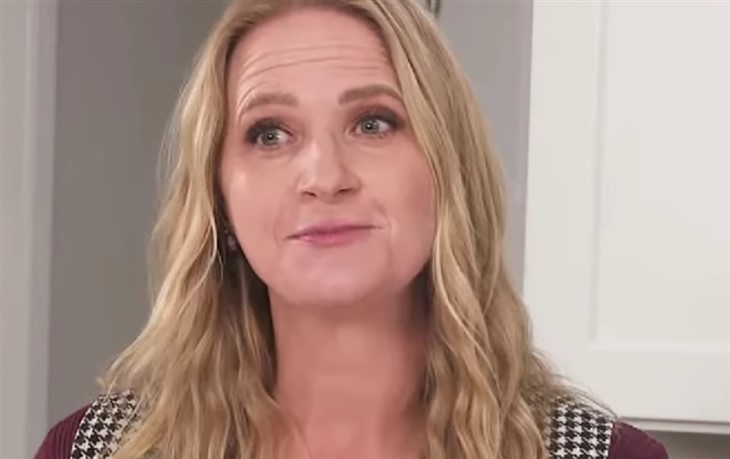 It seems Sister Wives star Christine Brown has had enough of her son Pardon Brown’s lack of effort. The newly divorced mother has sent her son packing and without input from his dad Kody Brown now that Christine has moved back to Utah and started a new life for herself.

According to Paedon Brown, who shared the news on social media, his mother showed him the door after the 23-year-old showed a lack of motivation when it came to growing up and starting his own life as an adult.

Instead of calling his mom Christine Brown out for forcing him to move out, Paedon Brown showed gratitude for the 50-year-old entrepreneur. Paedon went on to share with fans that his mom showed him some hard love which ultimately did him a favor.

Paedon went on to add that he wasn’t motivated prior to moving out of the family home and had no direction. He plans to eventually move near his mother Christine Brown and his other siblings in the future. For now though, it seems Christine Brown’s only son has found love. Could this be a factor in Paedon getting his life together?

It appears Paedon Brown may also have a girlfriend who has given him some additional motivation to get his life in order. Paedon recently sat for an interview with a female by his side. It is unclear who the young lady is but many Sister Wives fans believe Paedon Brown may have found love.

Paedon Brown did share that he recently went on a dating app. After attempting to date, Paedon shared that he stopped using the dating app because it wasn’t working out for him. Paedon alluded to dating the unidentified female who he has known all along. It sounds as if the pair were friends all along, or acquaintances at the very least, before their relationship blossomed into something more.

Be sure to catch up on everything happening with TLC right now. Come back here often for Sister Wives spoilers, news, and updates.