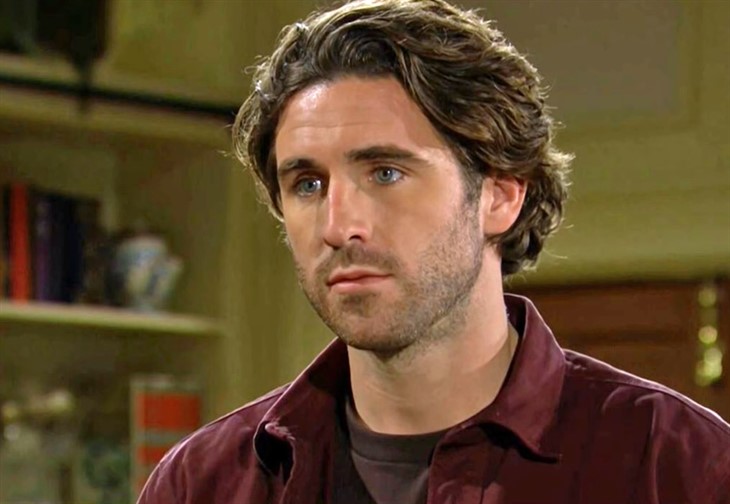 The Young and the Restless (Y&R) spoilers reveal that Rey Rosales (Jordi Vilasuso) died in a terrible accident. That is usually a foreshadowing that someone will be held accountable. There is reason to believe that Chance Chancellor (Conner Floyd) and Sally Spectra (Courtney Hope) join forces. However, this is bad news for Victoria Newman (Amelia Heinle).

The Young And the Restless Spoilers – Sharon Rosales Seeks Justice

Y&R spoilers reveal that Sharon Rosales (Sharon Case) is continuing to mourn the death of her beloved husband. Sharon knows that Rey was killed in a multi-vehicle car accident. While the weather was bad, Sharon can’t help but wish she could get closure.

Victoria went to visit Sharon to express her condolences. Sharon tried to bite her tongue but did end up lashing out at Victoria. Before the situation got worse, Sharon excused herself and tried to get control over her emotions.

Victoria is already feeling guilty about the accident. Victoria kept asking Ashland Locke (Robert Newman) if she was speeding. Ashland assured Victoria that her driving was fine. Victoria claimed that Rey swerved into her lane, which caused her to lose control and hit a tree.

However, Victoria was talking to Nikki Newman (Melody Thomas Scott) on the phone while driving. Even though Victoria was using the speakerphone and was hands-free, her attention wasn’t totally on the road.

Plus, Victoria was crying and telling Nikki that nothing would ever be the same again. So, Victoria might not have been paying close enough attention to the road, especially since it was a foggy and icy night.

The Young And the Restless Spoilers – Chance Chancellor’s Shocking Discovery

The Young and the Restless spoilers reveal that Chance makes a shocking discovery. This discovery could be that Victoria really was responsible for Rey’s death. It is suggested that a tip might be called into the police station, which might come from Sally. It is interesting because Sally’s whereabouts were unaccounted for at the time of the crash. Plus, someone must have called in the crash to 911. It’s possible that Sally might have witnessed the accident.

As Chance investigates the case and Sharon wants someone to pay for Rey’s premature death, Sally could be the key. Tracing the phone call to 911 could lead Chance to Sally’s door. Why would Sally keep her 911 call and seeing Victoria’s reckless driving be kept a secret? Well, Sally is usually blamed for everything, even if she is trying to do a good thing. So, this fear could have led Sally to keep her mouth shut.

If Sally tells Chance exactly what she saw, he might be forced to arrest Victoria. It has been teased that things for Victoria will get a lot worse before they get better. As Victoria fights criminal charges in Rey’s death, could Ashland step up and take responsibility? After everything he’s done, it’s the least he could do. After all, Victoria wouldn’t have even been on the road that night if she weren’t so upset about Ashland.

Days Of Our Lives Spoilers: EJ and Rafe’s New Dynamic, Join Forces To Get Justice