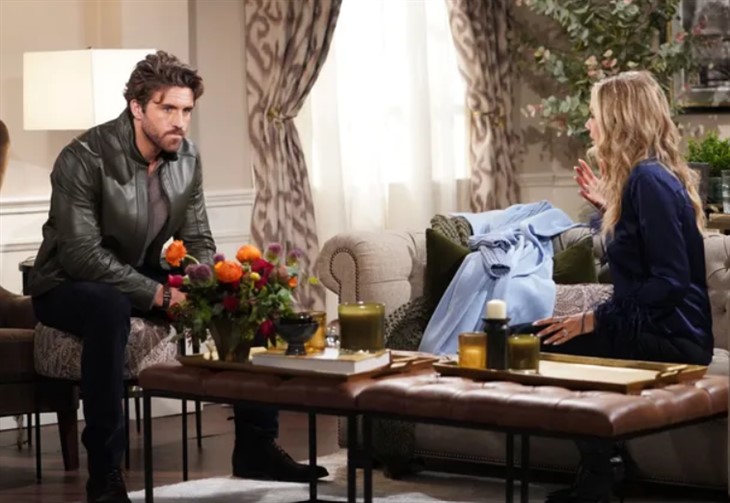 The Young And The Restless spoilers indicate that Chance Chancellor (Connor Floyd) is ready to move on from Abby Newman-Abbott-Chancellor (Melissa Ordway) after her recent betrayal. Chance may kiss Sharon Rosales (Sharon Case) in an attempt to move on.

The Young And The Restless  – Chance Chancellor Has Been Very Understanding

The Young and The Restless spoilers reveal that Chance has been more than understanding when it comes to Abby. Abby would rather Chance at least lash out or something, it would make her feel better. Chance isn’t showing a bit of emotion and to Abby, it seems like she doesn’t matter at all. Has Abby mattered at all to Chance?

Chance has had problems ever since he returned from Spain. Now that Chance has Sharon to lean on, maybe he can work through some of his issues. Why is Chance still so cut off after his return? Does Chance just not connect with Abby the way he used to? It seems that Sharon will continue to provide comfort to Chance, how far will their relationship go?

Y&R spoilers – Can Abby Chancellor Save Her Marriage?

Until Abby and Chance can work through their differences there is no way that they can make it as a couple. If Abby and Chance were to reunite right now, chances are they would end up right back in this exact spot. Ending their marriage will hurt no matter when it happens however, it does not mean that they should stick this out and make things worse between them.

Chance truly believes this is the only solution but he doesn’t place all the blame on Abby. Chance knows that he has acted differently since arriving home as well. However, Abby cheated on him with Devon Hamilton (Bryton James). Abby and Devon are growing closer as a family with Dominic Newman-Abbott-Winters-Chancellor (Rainn and River Ware) and that hurts Chance.

Chance could feel like he will never fit into this family unit because Dominic has bonded with Devon. Perhaps Chance feels that he lost his place as Dominic’s father when he was gone for so long in Spain. Does Chance feel like he has been replaced? Is Chance reacting to something that was truly nobody’s fault? Can Chance and Abby ever get their marriage back on track?