Y&R Spoilers: Chance Investigates, Must Choose Between Finding Ashland’s Murderer Or His Wife? 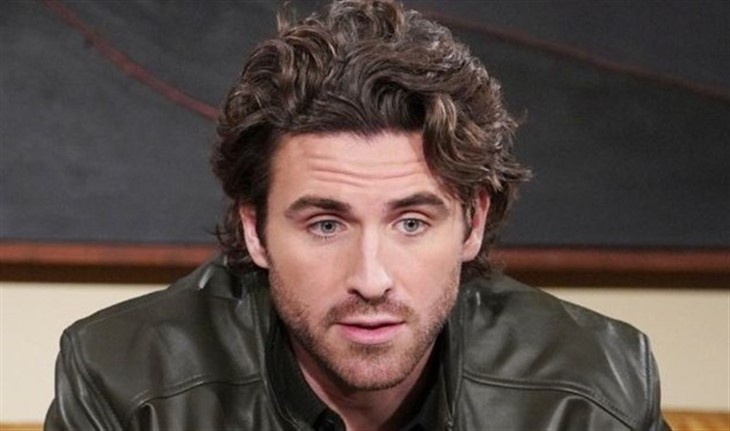 The Young and the Restless (Y&R) spoilers tease that Chance Chancellor (Connor Floyd) has divided loyalties at the moment and it could cost him his marriage or his badge. Which will he choose?

Chance is looking into the strange circumstances surrounding his brother in law Ashland Locke’s (Robert Newman) death. All signs point to his wife Abby Newman’s (Melissa Ordway) family being involved in this coverup/conspiracy but how will Chance proceed given the tenuous nature of his leads?

In reality he should not be investigating this case, but this is a soap and it makes for great drama!

The Young And The Restless spoilers – Will Chance Chancellor Investigate?

“Something is just not making sense,” Floyd told SOD. “Chance knows how to break down a potential crime scene … something just isn’t adding up with this whole situation that just went down … he feels like he’s missing a vital piece of information.” On that assumption, he is correct, he is missing the truth!

Floyd went on to describe how his character went to Newman Enterprises to get more intel and there he found Victoria Newman (Amelia Heinle) acting all kinds of sketchy. Ashland was her husband and he died at her house.

At the same time, Nick Newman (Joshua Morrow) is acting cool as a cucumber which is strange given that he was probably responsible for Locke’s death. Chance tells them that a car matching Ashland’s vehicle was parked at a garage nearby but the pertinent footage is inconsistent and/or missing.

He tells the sibs that if he could close the case he would but since there is no record of Ashland getting into his car, he can’t. Ruh roh.

Given the fishiness of the whole situation, he thinks Abby, Nick and Victoria’s dad is behind a cover-up. Victor Newman (Eric Braeden) is his FIL so it’s easy to see how this lawman is torn. When push comes to shove, will Chance choose to ignore the law and look the other way, or is he going to get his man—or woman?

Either way it looks like his choice will come at a cost—tell us what you think Y&R fans. Do you think that Chance will choose to protect his in-laws or will he choose to uphold the law?