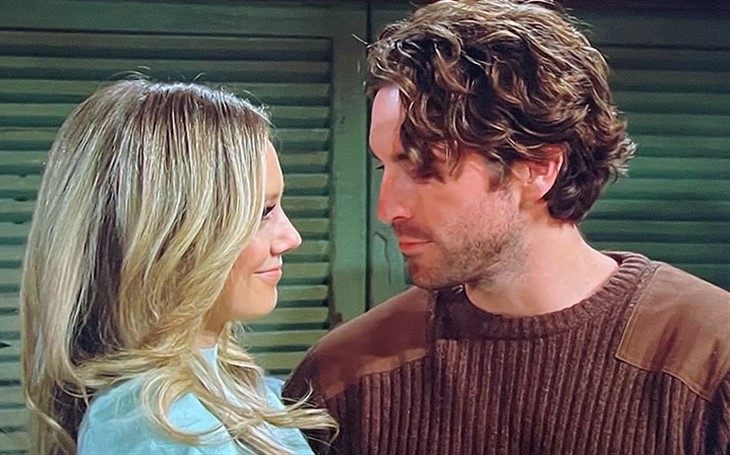 The Young and the Restless spoilers reveal that Devon Hamilton (Bryton James) denied wanting sole custody. However, fans believe that Devon isn’t admitting it and could pursue sole custody in the near future. If that happens, Chance Chancellor (Conner Floyd) and Abby Newman-Abbott-Chancellor (Melissa Ordway) could be forced to take extreme measures.

The Young And The Restless Spoilers – Amanda Sinclair’s Push

Y&R spoilers reveal that Amanda helped Devon get shared custody of Dominic Newman-Abbott-Winters-Chancellor (Rainn and River Ware). Now she has brought up if Devon wants even more time with Dominic, such as sole custody. Although Devon denied it, he also denied wanting shared custody in the beginning and look how that turned out.

So, fans believe that in the near future, Devon could decide that Dominic would be better off with him as the primary caregiver. Of course, the more that Amanda keeps bringing it up, the more Devon will consider it.

While many fans blame Devon, Amanda is responsible for this messy situation as well. Devon might never have pursued shared custody if it weren’t for Amanda pushing it on him. So, the lawyer could keep bringing up sole custody until Devon is sold on the idea.

One clue is that everyone keeps bringing up how well Chance, Abby and Devon are dealing with the shared custody dynamic. In a perfect world, the story would end here with everyone being happy. However, this is a soap and not real life. Anytime it’s brought up how perfect a situation or relationship is, fans can be sure that a bombshell is about to drop.

The Young And The Restless Spoilers – Chance Chancellor’s Struggle

The Young and the Restless spoilers reveal that Chance is getting therapy for his PTSD. It won’t be an easy or quick answer to Chance and Abby’s problems. However, Chance is doing the right thing by getting help. With that being said, Devon is already showing “concerns.”

If Devon happens to see Chance snap at Abby the way he did after a recent counseling session, he could use that to try and get sole custody. Of course, fans know Chance would never hurt Abby or Dominic. That doesn’t mean Devon and Amanda won’t use it to get their way, though.

It is speculated that Chance and Abby could go to extreme measures to keep Dominic. If Devon and Amanda use Chance’s PTSD as a reason for sole custody, “Chabby” could fight back. It could force the couple to separate so Abby can stay as Dominic’s primary caregiver.

Even though the goal would be to get back together after Chance is healed, a lot can happen between now and then. If Chance and Abby drift further apart, will Devon and Amanda be to blame?