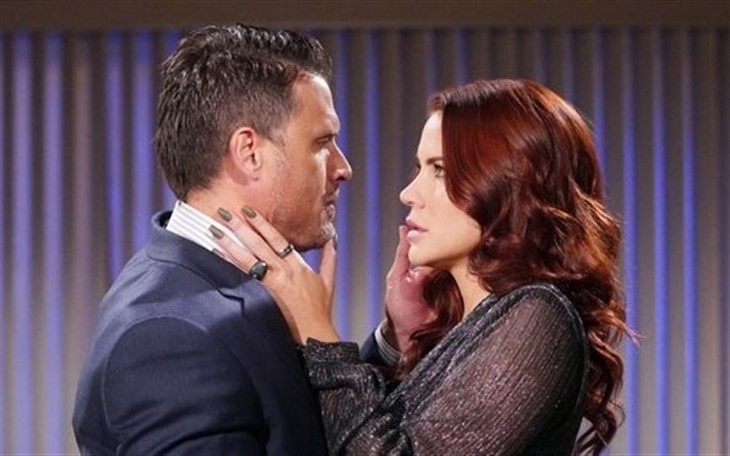 The Young and The Restless (Y&R) spoilers and updates tease in this week’s Soap Opera Digest that Sally Spectra (Courtney Hope) talks to Nick Newman (Joshua Morrow) about defining their relationship. She’s not sure she wants to call it a relationship so she calls it a situation-ship.

The Young And The Restless Spoilers – Truth Be Told

Sally meets with Nick, and she wants to get a feel about what their “situation-ship” is. She knows she wants to settle down and have some stability and something real, but she’s not sure if that can or even should be with Nick. For one thing, she tends to fall very hard and has a history of her actions causing regrets and then usually gets her heart broken.

Sally’s definitely concerned about what could happen this time if she and Nick pursued a real relationship, considering what happened with Adam. She thought she and Adam had the real deal until it came to an end, and it really blindsided her.

Sally questions what will happen when the thing between them ends, as she is positive it will eventually. It’s plain to see that she’s been burned so she’s afraid to commit and that might be a problem, and Nick understands. Nick tells her that he’s had his fair share of breakups and failed relationships as well, and it’s hard to predict success starting out with someone. Sally has been through some very rough times in her history, the road to romance has always been fraught with despair; and no doubt she’s thinking about LA days. She was transparent with Adam about what happened with Wyatt Spencer (Darin Brooks) and how off-kilter she became over it; she doesn’t want to explain that to Nick.

The Young And The Restless Spoilers – Hold Up, Let’s Stop

Sally decides it might be best to give Nick an out without having him to be the one to put a stop to things. She thinks that it will forestall many future problems if she just breaks off their romantic and sexual involvement right now. Sally tells Nick she thinks it would be better to return to a purely professional relationship before one of them gets hurt.

Sally is so sure that one of them will wind up getting hurt she’d rather not take the chance. The ball is in Nick’s court, so she leaves it up to him, although she’s taking the chance that he won’t want to break it off.