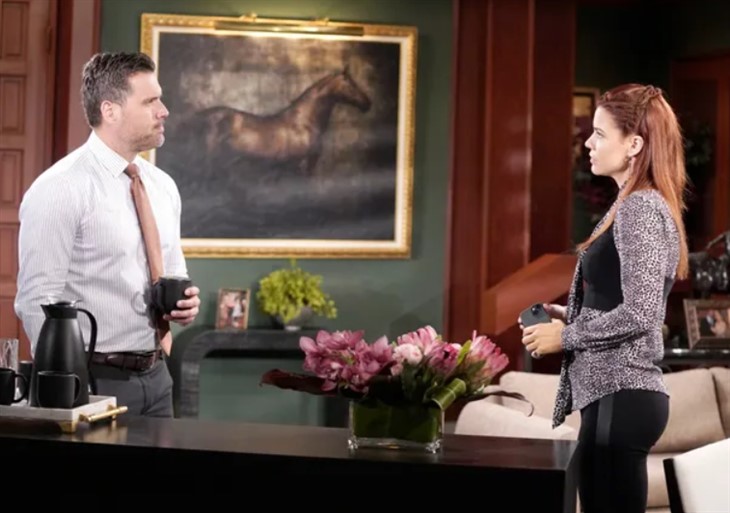 The Young and the Restless (Y&R) spoilers for Wednesday, September 28, 2022, reveal Nick and Sally finally talking about what’s been going on between them.

The Young And The Restless Spoilers – Too Much, Too Soon?

Nick Newman (Joshua Morrow) and Sally Spectra (Courtney Hope) seem to have really rushed into a sexual relationship, but is it more than that? On Wednesday, they actually come up for air to talk and discuss whether there is more to what is going on between them than sex. And if it is just sex, is it healthy to continue with it?

Perhaps Nick and Sally are actually developing feelings for one another or maybe Nikc can tell that she can’t stop thinking about Adam Newman (Mark Grossman). After all, she made sure to lie to Adam when he asked her if she was sleeping with Nick because clearly, she did not want him to know.

Things get even more complicated for this new pair when Adam sees them together again and nearly loses it. He is angry and determined to find out what is really going on between his ex and his brother. Then again, Sally wouldn’t even be his ex if Adam hadn’t made such a mess of things, so does he even have a right to be so darn ticked off? Adam is ready to confront his brother on the matter and it won’t be pretty.

There are times Diane Jenkins (Susan Walters) seems completely genuine in her claims that she has changed and is trying to make amends with all the people she hurt before — except Phyllis Summers (Michelle Stafford) and Nikki Newman (Joshua Morrow), of course. Other times know that she is still hiding some major secrets from her past and what happened to her during her presumed dead years is something she is not ready to reveal — not yet at least and maybe even never.

Jack Abbott (Peter Bergman) has gone back and forth as to whether he believes Diane and is trying to give her the benefit of the doubt. Jack’s kindness is what prompts Diane to make a bold move as she kisses Jack for real and doesn’t just fantasize about it. Stay tuned to The Young and the Restless weekdays to see how these stories play out.