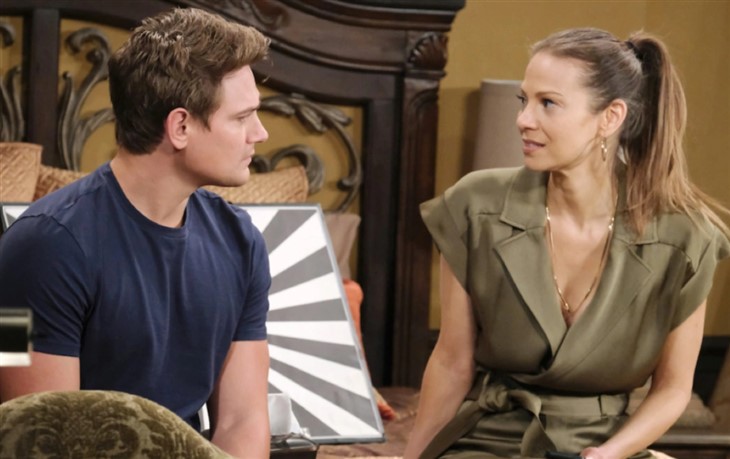 Days of our Lives (DOOL) spoilers and updates tease EJ DiMera (Daniel Feurriegel) believes that he has been deceived. EJ believes that Ava Vitali (Tamara Braun) has been keeping vital information from him. EJ suspects that his son Johnny DiMera (Carson Boatman) has not been completely honest with him. EJ is determined to get Ava and Johnny to tell him the truth.

EJ believes that Johnny and Ava are in a romantic relationship. Johnny had been dealing with losing his ex-wife Chanel Dupree (Raven Bowens) to his twin sister Allie Horton (Lindsay Arnold). Ava had been dealing with the death of her fiancé Jake DiMera (Brandon Barash). Johnny knew that Ava was having a hard time with dealing with the pain of losing Jake. Johnny wanted to show his support for Ava. Johnny had been impressed that Ava had come to his defense when Allie thought that he wanted to take Chanel away from her. Johnny had felt an attraction to Ava. Johnny kissed Ava and ended up in bed with her. EJ found them in bed together. EJ was distressed by the thought that Johnny was in a relationship with Ava. Johnny knows that EJ has been upset and may decide that he needs to tell him that he and Ava did not act on their desires for each other.

Days of our Lives EJ may find that Ava and Johnny will give him the way to take back DiMera Enterprises. EJ will be relieved to find out that Johnny and Ava are not in a romantic relationship. EJ will know that Johnny wants Ava to have a place in the DiMera family because Jake did want to marry Ava. Will EJ decide that he will accept Ava and that she should be considered to be Jake’s widow? EJ may decide that Ava should keep Jake’s shares. EJ may believe that he can get Ava turn her back on Gabi. Will EJ be able to get Ava to want to take his side against Gabi? Be sure to catch up on everything happening with DOOL right now. Come back here often for Days of Our Lives spoilers, news, and updates.