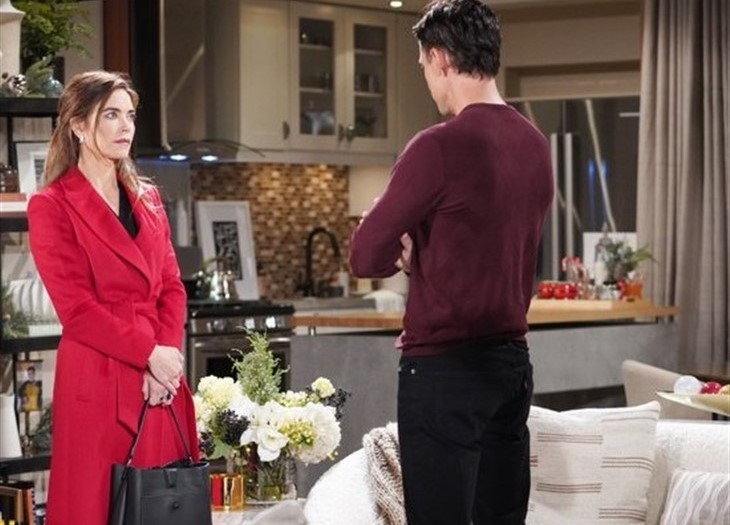 Ashland Locke’s (Robert Newman) series of lies and the effects of his death represents the greatest crisis Victoria has faced since her one-time husband J.T. Hellstrom (Thad Luckinbill), who is the father of her son, Reed Hellstrom (Tristan Lake Leabu), reappeared and went mad.

But a reasonable explanation was offered for J.T.’s behavior. He had a brain tumor that caused his personality to change. Ashland’s story was different.

Ashland’s backstory was not initially known. But his reputation as the Lockeness Monster was undeniable.

Victoria rationalized the bad news that he was forced to acknowledge over time. She believed in redemption and bought into his pitch.

Heinle’s character was changing him. But that was not the case, as his cancer ruse plan was executed with precision. Ashland also convinced himself that Victoria would forgive all because of their so-called love and was proven wrong.

Whatever caused Ashland’s bizarre mentality will never be fully known. Genetics, childhood influences, various experiences in life, ego, or a combination of each to varying degrees, along with other unknown factors, made him who he was.

To hide behind the horrible disease of cancer and use that as a means to manipulate a merger between his company and Newman Enterprises was diabolical. Ashland made Victor look moral, which was quite the accomplishment.

Preying on Victoria’s emotions, knowing that she developed genuine feelings for him, was reflective of Adam’s lack of conscience. His eventual claims that she changed him demonstrated a total lack of awareness because his history and current actions implied or confirmed that no change occurred.

Billy loves Lily Winters (Christel Khalil). He is being truthful but does not recognize that his persistent tie to Victoria represents a problem.

The volume of time and depth of experiences that Billy and Victoria share, most especially their children, have created an enduring connection. Billy’s inability to stop protecting his multiple time ex-wife goes beyond friendship and co-parenting.

Ashland’s death eases Billy’s mind. However, he is now focused on how she will respond. And so, the connection continues whether Victoria wants it or not on Y&R.