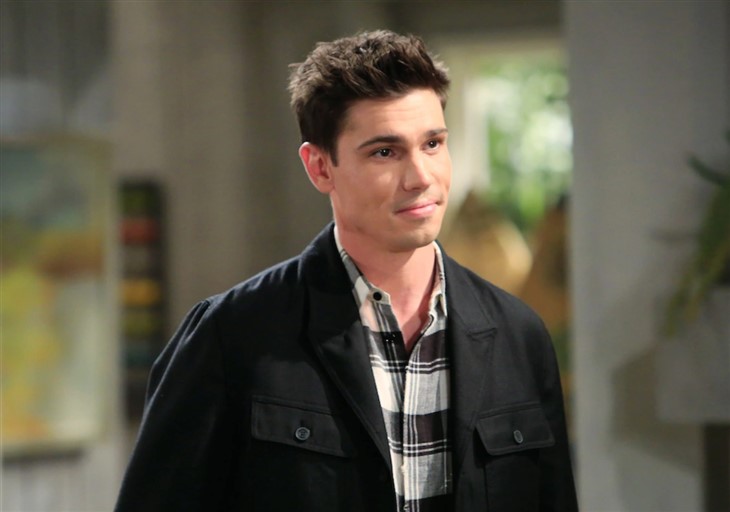 The Bold and the Beautiful spoilers document that John Finn Finnegan (Tanner Novlan) envisioned reuniting with Steffy Forrester Finnegan (Jacqueline MacInnes Wood). She was his inspiration during the horrible days when Sheila Carter (Kimberlin Brown) was holding him prisoner.

Viewers witnessed a marvelous soap reunion, recorded in a classic old-school style. The Monaco event represented B&B’s first location shoot since the virus impacted production and, of course, the world.

Steffy was transfixed by the image of her husband, after exiting the church where she lighted a candle and offered prayers for her assumed dead husband. Finn appeared to be a mirage.

The Bold And The Beautiful Spoilers – He Is Real, Steffy Forrester Finnegan

Even after embracing him, Steffy was not sure her experience was real. It was.

Incredibly, Sheila did not fight Finn when he told his birth mother he was leaving. Her head cleared for a moment, and she seemed resigned to reality.

Leaving what happened with Sheila and Li Finnegan (Naomi Matsuda) for a later mention, Finn left with Bill Spencer (Don Diamont) and boarded the Spencer Publications jet. Their inability to make phone contact with Steffy served as a further stretch of the plot through to the moment she heard Finn’s voice and their eyes connected.

The Bold and the Beautiful spoilers confirm that Sheila is Finn’s biological mother. But in every other important aspect, including current actions, Li is the only woman who is a mother to him.

Finn was determined to break free from Sheila’s grip and restore his life with Steffy, their son, Hayes Forrester Finnegan (Piper Harriet), and Steffy’s daughter, Kelly Spencer (Remington Blaire Evans). It happened in Monaco because of Finn’s sheer force of will and Bill’s generous involvement.

Sheila still believes she deserves to be part of Finn’s life. She sees his shooting as a mistake that Steffy caused, and the bullet Steffy took as the result of incessant provocation.

It is true that Steffy fired many symbolic shots at Sheila and slapped her face twice. But only Sheila would fail to recognize that Steffy’s actions were reactions that reflected a defense of many family members and others who were attacked by Brown’s character in the past.

So, it is great that Finn and Steffy’s family has reunited. But this is daytime. That should mean a final climax is coming where Sheila is handled or escapes to return again someday.