The Young And The Restless Spoilers: Jack Finds Out That Diane Is Alive! 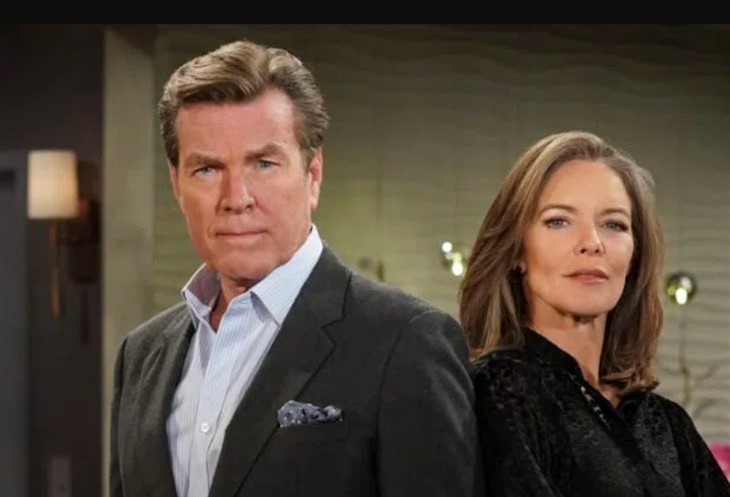 Viewers of The Young and The Restless will remember that Jack decides to fly back to Los Angeles, where his granddaughter Allie Nguyen (Kelsey Wang) has decided to take him up on meeting for coffee. They meet at a café and Jack explains how his falling out with her late father, Keemo Volien Abbott aka Hao Nguyen (Philip Moon) happened, and Allie seems to gain more understanding of the situation.

Viewers of The Young and The Restless will then see Allie become more comfortable in her acceptance of Jack as her grandfather, and then they part ways, Jack feeling that there has been some real progress made between them. Afterwards, Allie decides to go back to her family home, even though it has been sold, since she felt comfortable that the buyer, “Taylor Jensen” (Susan Walters) won’t mind – of course she has no idea who “Taylor Jensen” really is.

Viewers of The Young and The Restless will see “Taylor” tell Allie that she’d like to meet her grandfather, and Allie doesn’t appear to get any red flags from the request so she calls Jack to come to the house. Jack finds that request a little unusual, since he knows the house has been sold but Allie doesn’t tell him it’s the new owner that wants to meet him, and so he heads over there to see what she wants.

Jack arrives at the house and asks Allie why she wanted him to come over there, and she explains that the new owner of the house had wanted to meet him – he, of course finds that strange and asks Allie if she knows what that’s all about. Then, viewers of The Young and The Restless will see Jack shocked as he hears a very familiar voice from the past – he wouldn’t have been more shocked if it was Keemo’s voice, but he definitely would have been happier if that was the case!

Longtime viewers also can expect that Diane’s not been getting Allie and Jack together out of the goodness of her heart, she’s been using Allie to get to Jack, who knows exactly what she wants! Unfortunately, things become so tense and confrontational between Jack and Diane, that Allie is scared off and doesn’t want anything further to do with either one of them! Of course Jack is even more upset that just as he and Allie were making headway Diane blows it all up and he makes it clear that Diane is not going to ruin things for him with his granddaughter!