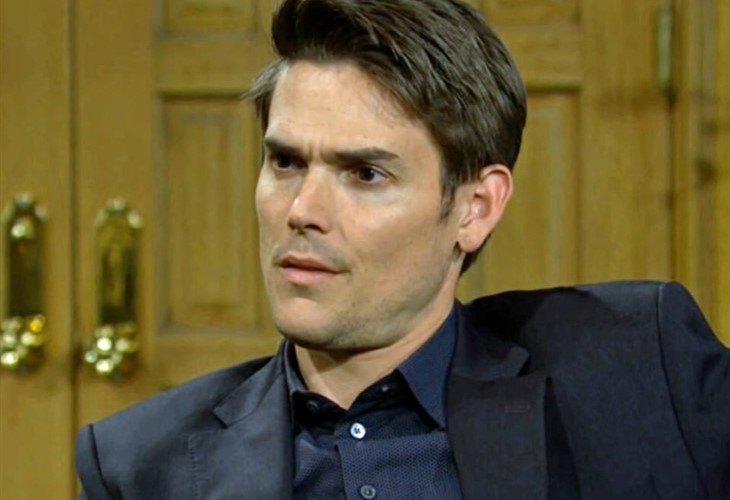 Adam feels that his oldest sister’s actions have jeopardized the family business. Victoria’s personal feelings for Ashland Locke (Robert Newman) led her to merge Newman Enterprises with the Locke Communications Group. But Victoria believed that her now-husband only had a short time to live when their deal was finalized last fall.

Young And The Restless Spoilers – Adam Newman Was Duped As Well

Adam was fine with Ashland (when he was played by Richard Burgi). Viewers know that Grossman’s character, along with Braeden’s buddied up with Ashland after winning the strange Cyaxares bidding process.

Ashland shared a similar view of the world. His hard-scrabble business reputation was one that Adam and Victor admired. Their many conversations and Ashland’s place on Newman Media’s Board firmly placed him in the approved category.

Adam thinks that Victoria remains vulnerable or is even controlled by Ashland. Victor shares Adam’s fears, which is a leading reason why he appointed Adam as the temporary Chief Executive Officer of Newman-Locke.

But Victoria is not the gullible person that Adam is convinced she is. Sally Spectra (Courtney Hope) is a driving reason why Adam has bought into self-promoting propaganda.

Victoria’s tell to Billy Abbott (Jason Thompson) was the first direct confirmation, following the reveal about Ashland’s cancer lie, that she intends to expose her husband and force him out of her life and the company.

The Young And The Restless Spoilers – Sally Spectra Is An Asset Or Hindrance?

Adam appears to need a romantic partner to keep him going. So, with Chelsea Lawson (Melissa Claire Egan) and Sharon Rosales (Sharon Case) out of the picture, Sally is in.

Sally’s goal, since losing Jack Abbott’s (Peter Bergman) trust, was to connect with a guy who she believes in and who can help to further her goals. She aims to be somebody in Genoa City, Wisconsin and has become that with Adam’s help.

While Sally is smart and dynamic she, like Adam, can shoot herself in the soapy foot. So, the odds that Adam will overstep his bounds are likely increased by having Sally handle Newman Media while he is temporarily heading Newman-Locke.

GH Spoilers: Nina Worried By What She Sees When She Looks For Sonny