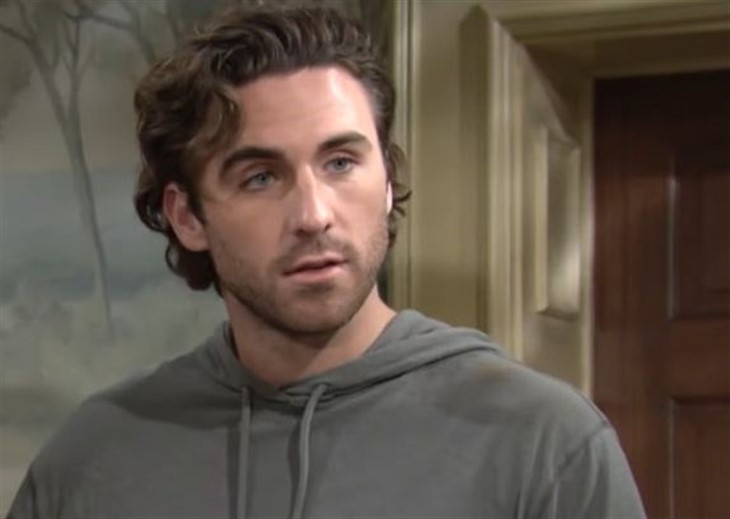 The Young and the Restless spoilers show that Chance Chancellor (Conner Floyd) wants a divorce from Abby Newman (Melissa Ordway) after she cheated on him with Devon Hamilton (Bryton James). No one blames him for that, however, he is now saying that he won’t explain what actually happened to people, because he doesn’t want to embarrass her.

Come on, seriously? She cheated on you, but of course, because she’s little Ms. Princess and Abby Newman she will get away with it without consequence. Thanks, dad! That was also annoying! Victor Newman (Eric Braeden) acts as though his daughter is perfect and can do no wrong! How could Chance keep a straight face and not jump over the table?

The Young And The Restless Spoilers – What’s Next For Abby Newman?

Many fans assume that Abby and Devon will begin a relationship and raise Dominic together and honestly, I can see that. It seems like something the writers would put forth and it seems like it has been a long time coming. Perhaps that is the best place for Dominic.

However, what does that mean for Chance and will he even want any contact with the child that doesn’t belong to him and was basically created behind his back? Yes, I know, they claimed that he said it was okay for Abby to do while he was gone, but seriously?

What is left for Chance in Genoa City? What is there beside his work? He gave everything he could to Abby, sure, he had some PTSD (just a dash, right?), but can you honestly say he didn’t try? Abby knew what she as doing and now hopefully she will pay the price (which she won’t).

I think it might be safe to assume that Chance will be on his way out of the city soon, unless he finds someone new. It’s unfortunate because Chance used to be one of my favorite characters when he was played by Donny Boaz, unfortunately, he lost a lot of his charisma when he left.

Will Floyd find a new place for Chance in Genoa City, or could he be off the show before we know it?

What do you think? Will Abby and Devon begin a relationship and be parents to Dominic together? Should Chance go against the Newmans and tell everyone the truth about Devon and Abby? Share your thoughts and remember to keep watching the CBS soap to see what happens next.