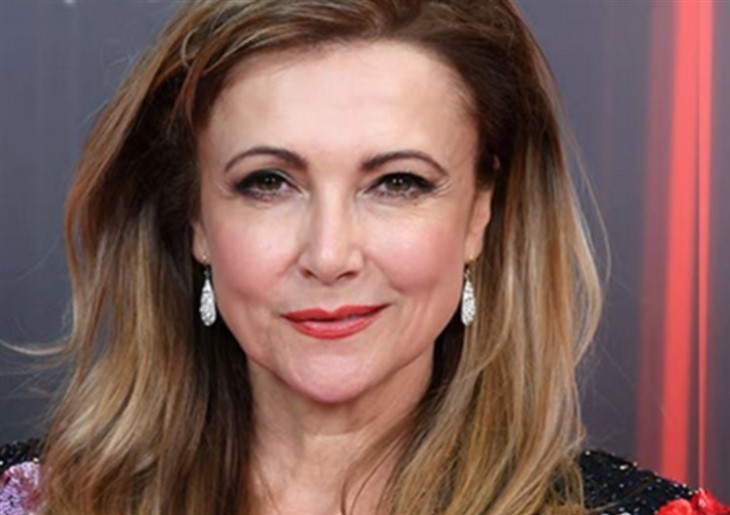 General Hospital spoilers reveal Holly’s time in Port Charles coming to an end once again and Emma Samms has loved every minute of it. She also reflects on 40 years ago when she first started bringing Holly to life.

Emma Samms was supposed to be back on GH for a big storyline back in 2020 but then she caught COVID-19 at the start of the pandemic and sadly, developed Long COVID, the debilitating condition some people are left with after initial infection with the virus.

She taped one scene in her home of Holly looking into a camera in her prison room screaming for help and we heard nothing more of and about the character until this fall. Samms is still suffering from Long COVID, so the show helped make accommodations for her so she could work. It was easy to notice that Holly was frequently sitting down in scenes as Long COVID produces extreme fatigue.

Of course, Holly was revealed to be working for Victor Cassadine under duress, being the one to shoot Lucy Coe and set up Anna Devane in order to save her son, Ethan Lovett. Holly’s desperation got the best of her and now she seems to have disappeared again.

Emma Samms Had No Idea What Holly Would Bring Her

When Samms first brought Holly to life back in the 1980s, she was brought on as a love interest for Luke Spencer after Genie Francis left the soap and Luke was briefly left without Laura.

“I came in the post-Luke and Laura [era],” she said on Maurice Benard’s YouTube show, Maurice Benard’s State of Min., ‘They had been trying to another love interest for Tony Geary. It… wasn’t going well.”

Samms came on behind an actress who would go on to become a Hollywood A-lister.

“They tried Demi Moore,” Samms said. “She was on the show when I started, and that didn’t work out. Janine Turner, but that didn’t work. The audience were not ready, they were not having it. They were not going to accept anyone other than Genie…I was the third attempt to find a love interest for Luke…I didn’t grow up with it because I grew up in England.”

All these years later, she is still in the hearts of fans, which allows her to come and go from the show, which means we are sure this isn’t the last we have seen of Holly. Stay tuned to General Hospital weekdays to see what Holly may be up to next.