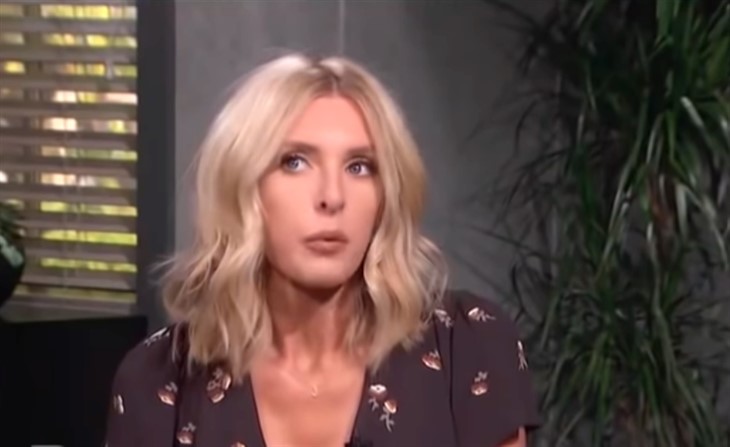 Chrisley Family news reveals that, in the wake of her parents’ tax fraud convictions, Savannah Chrisley is finally weighing in on her brother Grayson Chrisley’s car accident. Read on and we’ll tell you what she’s saying.

Chrisley Family news reveals that, according to Us Weekly, Savannah Chrisley speaks out about her brother Grayson’s car accident for the first time. Page Six reports that Grayson was “beat up” by accident, according to Savannah.

“He was on the interstate. I think another car was, like, weaving in and out of traffic,” the 25-year-old Chrisley Knows Best veteran recounts during the Tuesday, November 29, episode of her Unlocked with Savannah Chrisley podcast. “I think everyone in the situation just overcorrected because of this one car.”

Grayson, who is but 16 years of age, was involved in a car accident on November 12 sustaining injuries that warranted a trip to the hospital. Savannah says, “His car’s totaled,” adding, “It was bad.”

News of the fender bender broke just days before Grayson’s parents, Todd and Julie Chrisley, were to be sentenced to 12 and seven years in prison, respectively, in the wake of their June convictions for tax fraud. Savannah explained that her little brother was concerned about creating extra trouble for his already beleaguered family ahead of the sentencing.

The Sassy by Savannah founder said that the first thing Grayson had said was, “This was the last thing that everyone needed.” She then recalled, “[Todd Chrisley] was like, ‘Grayson, you’re alive, you’re safe, who cares? It’s a car, that’s what insurance is for. You’re alive and you’re safe and you’re well.’”

Savannah recalled that her younger sibling dialed her number first before calling his mother Julie Chrisley, 49. She says she thought he called her “he was afraid of getting into trouble” and thought she could save him from it.

“He made it sound like a fender bender. Y’all, when I tell you the whole front of his truck … like, every airbag deployed. It was bad. When I showed up and saw it, literally my heart sank.”

However destroyed the car may be, according to Savannah, her younger sibling is doing much better. “He’s okay,” she told her listeners. “He’s beat up, but he’s Okay. It could have been worse.”

Todd and Julie Chrisley Sentenced to a Combined 19 Years

B&B Spoilers: Taylor Almost Goes Through With It, Was She Secretly Happy About It?