Y&R Spoilers: Another Huge Step For Adam And Sally 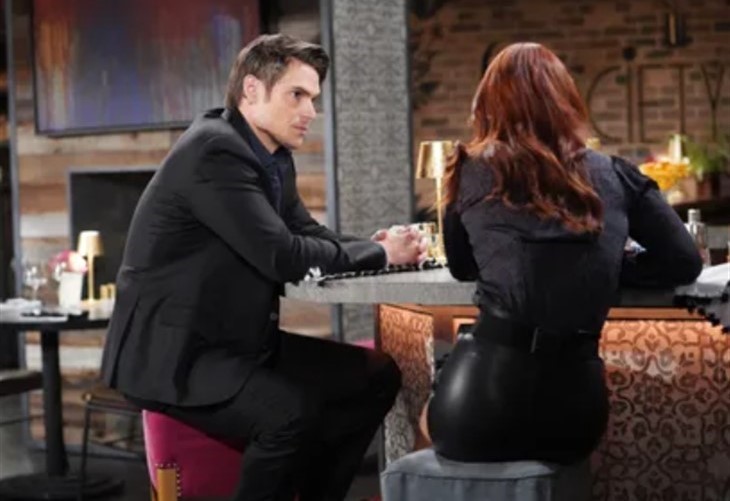 The Young and the Restless (Y&R) spoilers for Friday, February 18, 2022, reveal Adam and Sally deciding that they really do have a non-friend relationship after all.

The Young And The Restless Spoilers – A New Power Couple

After months of dancing around their attraction to one another, Adam Newman (Mark Grossman) and Sally Spectra (Courtney Hope) finally did the deed in his office and they couldn’t be more thrilled to finally get that over with — fans seem to feel the same.

But, is this just an office romance, a friends with benefits thing, or a real relationship with real feelings. On Friday, Adam and Sally define who they are to one another and it looks like GC will have another big pair to contend with. Adam and Sally are two schemers who just want to get ahead in the world and may seem perfect together, but they can also cause a whole lot of damage together so the citizens of Genoa City better watch out.

Y&R Spoilers – Victor Newman Gets What He Needs

Victor Newman (Eric Braeden) has always believed there was something not right about Ashland Locke (Robert Newman) and he finally figured out it’s this illness thing. Is the man really dying? That’s what he hired Michael Baldwin (Christian J. Le Blanc) to find out and Michael seems to hit paydirt. But what will Victor do with the information he now has. He doesn’t want to hurt Victoria (Amelia Heinle), but keeping the truth from his dumb daughter may do more harm than good. After all, she walked into this marriage blind and is still blind. Because she is Victoria.

Will Victor confide in Nikki Newman (Melody Thomas Scott) and tell her what he now knows? Will he apologize to Nick Newman (Joshua Morrow) and Billy Abbott (Jason Thompson)for not taking Ashland’s word when he kept telling lie after lie?

Will Victoria ever get the hint that she made another massive mistake when it comes to men? She can never seem to get it together. JT (Thad Luckinbill) abused her, Billy was probably good for her, but he wasn’t perfect so she kicked him out of her life. And let’s not forget the cowboy she picked up in a bar a few years back. Stay tuned to The Young and the Restless weekdays to see how these stories play out.

GH Spoilers Friday, February 18: The Race To Save Maxie Is On