GH Spoilers Friday, February 18: The Race To Save Maxie Is On 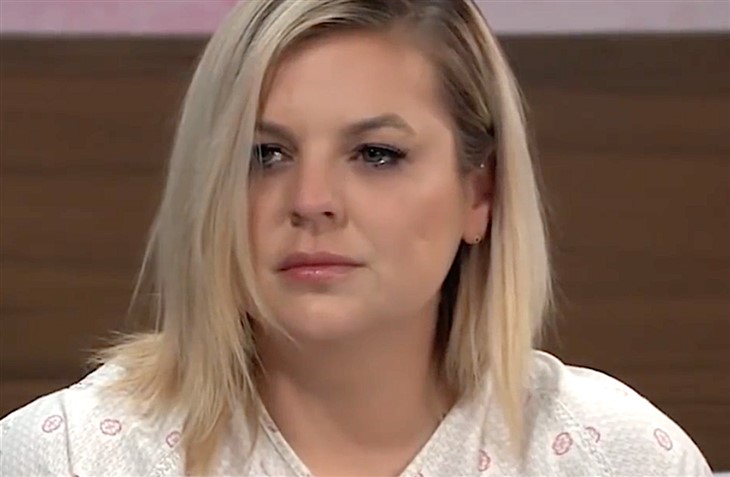 General Hospital (GH) spoilers for Friday, February 18, 2022, reveal Peter August realizing that the wheels are closing in, but he thinks he knows what he has to do.

Although Maxie Jones (Kirsten Storms) has been missing for a week, people are finally starting to realize they need to find her and fast. And Peter (Wes Ramsey) knows he can’t hold out too much longer before he is caught. Since he had no real plan when he took Maxie, he devises one and tells her he knows how they can finally escape and disappear.

Back in Port Charles, Anna Devane (Finola Hughes) and Drew Cain (Cameron Mathison) team up to find Maxie now that she was able to get the word out via secret code as to what was really going on. It’s a good thing Victor’s mind control games weren’t able to work — this time. But when Anna tells Drew and Dante Falconeri (Dominic Zamprogna) that she thinks even Peter wants out and is trying to reach them, then it’s game on.

Sam McCall (Kelly Monaco), Austin Holt (Roger Howarth), and Liesl Obrecht (Kathleen Gati) are also trying to help but end up fighting with one another. When Britt Westbourne (Kelly Thiebaud( overhears something she tries to intervene but to no avail.

GH Spoilers – What Is Victor Cassadine Really Up To?

Victor (Charles Shaughnessy) needs to see Nikolas Cassadine (Marcus Coloma) and fast. His plan with Drew didn’t work, so he interrupts a moment between Nik and Ava Jerome (Maura West). It also seems Port Charles is rather warm for February and we have to wonder if Victor wanted Drew to help him control the weather and it didn’t work. Did he find another way to do it?

Ava does her best to use her charms and learn what Victor is up to, but Nikolas puts a stop to that super fast.

Meanwhile, Laura Collins (Genie Francis) goes to visit Spencer Cassadine (Nicholas Chavez) at Spring Ridge and she can tell he is keeping something from her. She also wants to know if he has any idea what his Uncle Victor is really up to, but is it the right time to ask? Stay tuned to General Hospital weekdays to see how these stories play out.

Y&R Spoilers: Another Huge Step For Adam And Sally

GH Spoilers: Curtis Wonders Why Stella And Portia Are Suddenly At Odds