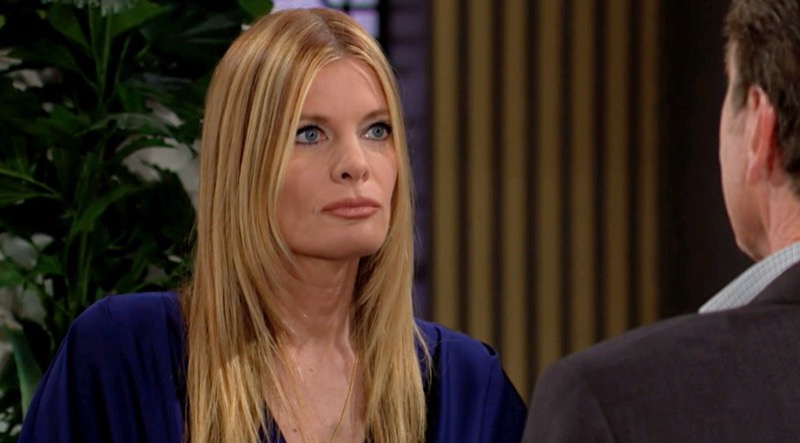 The Young and the Restless (Y&R)  spoilers for Thursday, July 21, 2022, reveal Jack and Phyllis reconsidering a few things.

The Young and the Restless Spoilers: Is Phack On Again?

A few weeks ago, it looked like Jack Abbott (Peter Bergman) was through with Phyllis Summers (Michelle Stafford)for good — again. Sure, they have been through this so many times before over the decades but this time it seemed real. Jack had just about had it with Phyllis and her jealousy and manipulation regarding Diane Jenkins (Susan Walters).

Then, a talk with his new granddaughter, Allie Nguyen (Kelsey Wang), all about love and her new feelings for Noah Newman (Rory Gibson). As Jack spoke, he realized some things about himself, and on Thursday, he and Phyllis talk and try to figure out how they can go forward. Little does he know that she has already formed an alliance with Ashley Abbott (Eileen Davidson) and Nikki Newman (Melody Thomas Scott) to bring down Diane.

Victor Has Had It With Adam

Adam Newman (Mark Grossman) did a noble thing and broke up wth Sally Spectra (Courtney Hope) just so she can keep her job, but it turned out he didn’t need to do that. Of course, Adam doesn’t know that yet and is not quite acting like The Great Victor Newman (Eric Braeden) wants him to be acting. As Victor loses patience in his son yet again, will he lash out?

Lily Winters (Christel Khalil) really enjoys living in the corporate world and has finally found her calling. She loves owning and having so many things in her life now that she had a stint in prison and raised a pair of twins. She even has Billy Abbott (Jason Thompson) when he is not doing his brooding podcast.

But Lily wants more, so she considers owning her own hotel. Why the heck not? Fancy hotels are all over Genoa City and people just love living there, dining there, and hanging out there. It’s a thing to do so it might be very lucrative for her.

Of course, she will have lots of competition because hotel wars are all we have seen for the last few years. Maybe she will just buy the GCAC. That could do the trick. Stay tuned to The Young and the Restless weekdays to see how these stories play out.

Is Counting On Alum Anna Duggar’s ‘House’ Unfit For Residence?