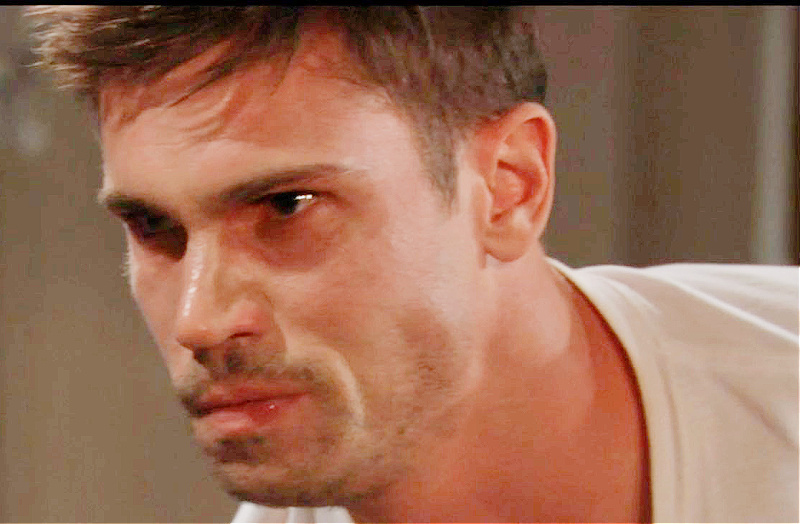 The Bold and the Beautiful (B&B) spoilers for Thursday, July 21, 2022, reveal Finn learning the extent of Sheila’s crimes in a dramatic and unbelievable moment.

The Bold and the Beautiful Spoilers: All About Li

Poor John ‘Finn’ Finnegan (Tanner Novlan) can barely believe the situation he is in. His wife, Steffy Forrester (Jacqueline MacInnes Woof), thinks he is dead and his biological mother is batshit crazy and keeping him hostage in a hotel room, insisting she is the one who saved his life.

As a doctor, he knows that cannot be true and is sure she had to have some real medical help since she is a nurse who hasn’t practiced in years. So, Finn confronts Sheila Carter (Kimberlin Brown) and gets her to blurt out the truth about Li Finnegan (Naomi Matsuda). His real mother was chased in her car to a watery grave and Sheila doesn’t even seem to feel any remorse for this. She didn’t mean to do it like she doesn’t mean to do anything, so therefore all should be forgiven — in Sheila’s mind, of course.

All this news does is horrify Finn and make him more determined than ever to get away from this madwoman and back to his real family.

A Chance For Bill and Katie

It’s been a good year since Bill Spencer (Don Diamont) and Katie Logan (Heather Tom) have had much of a story. The last we knew Bill wanted Katie back and she wasn’t so sure she wanted to deal with that again. She needed time and space.

Well, Bill and Wyatt Spencer (Darin Brooks) have a conversation about Katie and Bill’s relationship status on Thursday. Is there anything new to report or will this be the start of a new storyline? Will we also ever learn what has been going on with Wyatt and Flo Fulton (Katrina Bowden)? The last we heard they were engaged, but there has been no forward movement since then.

It might be time to rotate stories again and the Spencer would be a good family to focus on as we have seen almost nothing from them in ages. Let’s just see Steffy and Finn reunite first and then perhaps the Spencer men can get their happy endings as well. Stay tuned to The Bold and the Beautiful weekdays to see how these stories play out.

B&B Spoilers: Desperate Sheila Pulls Out Syringe As Finn Fights For His Life