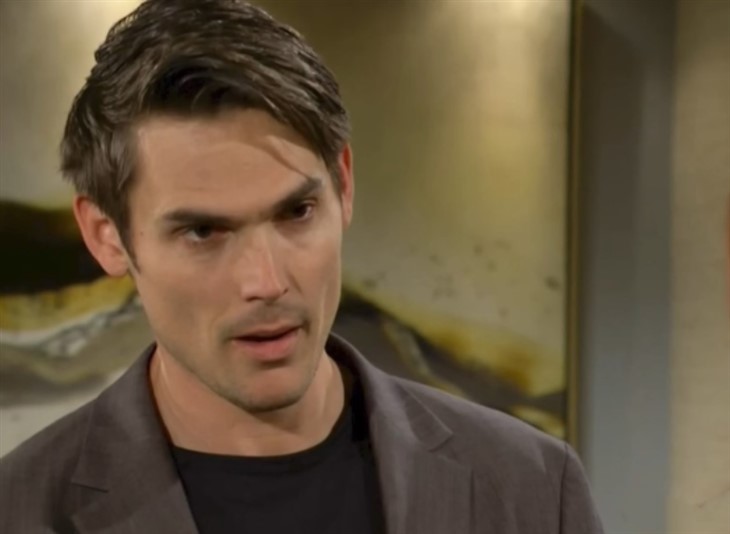 The Young and the Restless (Y&R) spoilers show that Adam Newman (Mark Grossman) and Billy Abbott (Jason Thompson) have a long history with each other, mainly, that they hate each other and would love to see terrible things happen to each other.

Billy has held his daughter’s death over Adam for years and has never made amends and doesn’t plan to either. Adam on the other hand loves to take digs at Billy every chance he can and their dispute has continued no matter the circumstances.

Of course, there is more fuel to add to their fire now that Billy has been speaking with and helping Chelsea Lawson (Melissa Claire Egan) after she nearly jumped from the roof. He was able to talk her down and bring her inside. Adam showed up at the last minute and wanted answers, but Billy did not want to get into it.

Here, Adam was already annoyed, but now he’s even more pissed that Billy will seemingly be spending more time with Chelsea after her episode and helping acclimate her back to life. Adam feels guilty that he didn’t see the signs quicker and rushed up to help her. Now, he’s going to take this guilt out on Billy for helping.

Y&R Spoilers – Will Billy Abbott And Chelsea Lawson Have A Romance?

Now the rumors are swirling that Billy and Chelsea are going to pick up where they left off at that kiss in the recording booth. Lily Winters (Christel Khalil) certainly is not happy with the amount of time that Billy is spending with her, but I think he’s doing a decent thing.

As long as he can refrain from anything crazy happening and she realizes that he is just helping her and not showing any romantic interest, everything will be fine. This is a soap opera though, and we can almost expect that something is going to happen between them, and when it does, Adam will surely be there to witness it.

It seems that this feud will be something lifelong, and Billy and Adam will never see eye to eye on something. It makes us wonder what the future will bring and how this battle will continue on through the years. There has to be a breaking point, right?

What do you think? Will Adam and Billy ever see eye to eye or is this bound to last decades? Share your thoughts and remember to keep watching the CBS soap to see what happens next.

B&B Spoilers: Deacon Gets A Second Chance With Taylor As Ridge And Brooke Reunite

Sister Wives Spoilers: What Is Janelle Brown Hiding? Gwen’s Stories Could Be True