The Young And The Restless Spoilers: 3 Must-See Moments For The Week Of November 14 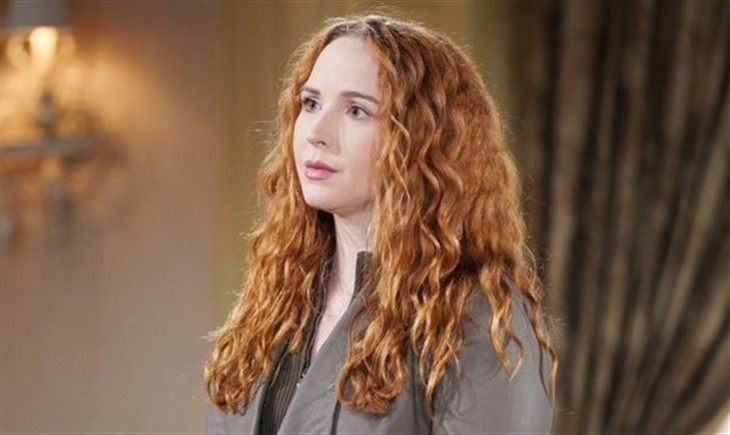 The Young And The Restless Spoilers – Mariah Copeland’s Discovery

Y&R spoilers for the week of November 14 reveal that one must-see moment centers on Mariah. It seems that Mariah is getting involved in Abby’s storyline with Chance and Devon Hamilton (Bryton James).

During the week of November 14, Mariah will drop off a gift for Dominic Newman-Abbott-Winters-Chancellor (Rainn and River Ware). Mariah will notice that something is wrong with Abby. So, expect Mariah to push Abby to open up about what is going on.

It is teased that Chance won’t come home. Just as Abby hopes to put her family back together, Chance has made a decision. Chance feels that the betrayal never would have happened if there weren’t something there. Abby is horrified when Chance pushes her to be with Devon Hamilton (Bryton James).

The Young and the Restless spoilers for the week of November 14 reveal that Chance will insist that Abby and Devon should be together. It is also teased that Chance could drop the divorce bomb on Abby. However, it is teased that Abby will be determined to fight for her family.

As for Devon, Amanda Sinclair (Mishael Morgan) will tell Devon the same thing Chance said to Abby. Amanda also feels that Devon wouldn’t have taken such a bold risk unless there were real feelings for Abby.

Another must-see moment during the week of November 14, Billy and Adam will debate about what is best for Chelsea. However, it is also teased that Chelsea will start a new chapter. So, Billy and Adam might have their own ideas of how Chelsea should move forward. However, the decision is up to her.

Which storyline are you looking forward to seeing the most during the week of November 14? What are your predictions for Abby, Chance, Devon and Amanda? Can Abby fix her marriage or are Amanda and Chance right? What does the future hold for Billy, Adam, Chelsea and Mariah? Share your thoughts and remember to keep watching the CBS soap to find out what happens next.

Why Does 90 Day Fiancé Alum Larissa Lima Have ‘No Place To Go?’